I was lucky enough a few summers ago to live in London during Wimbledon and since then it has been my favourite summer sport — partially because of the food. Lucky for me, tennis is the perfect unit study for learning the “t” letter sound! Here is what we got up to for our (mini) tennis unit study! 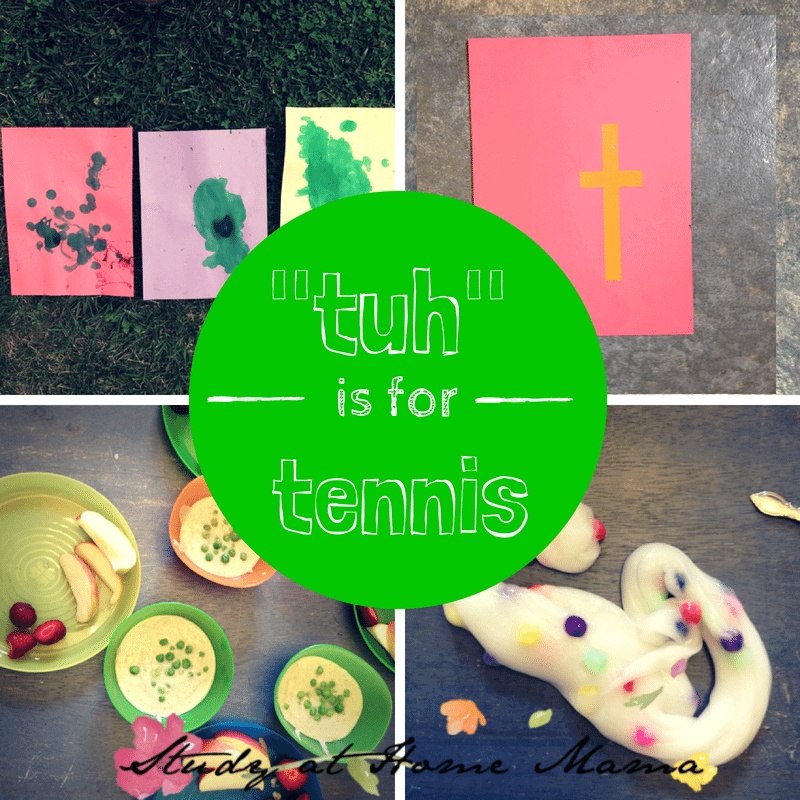 I started off introducing the “t” sound like I usually do, showing the children our lower-case “t” sandpaper letter and having them all trace the letter with their forefinger and middle finger while making the “tuh” noise that the letter creates (do not emphasize the “uh,” but rather make sure you don’t add any additional sounds onto the “naked ‘t'” sound). We sang “Take me out to the ball game” with an emphasis on the “t” for “take.”

Edit: it is really hard to explain what “t” sounds like, “tuh” can be a bit misleading, but “/t/” is a bit technical and I’m guessing many would have no idea what it sounds like, so I’ve added a sound file so you can hear me demonstrating “/t/ for tennis”: 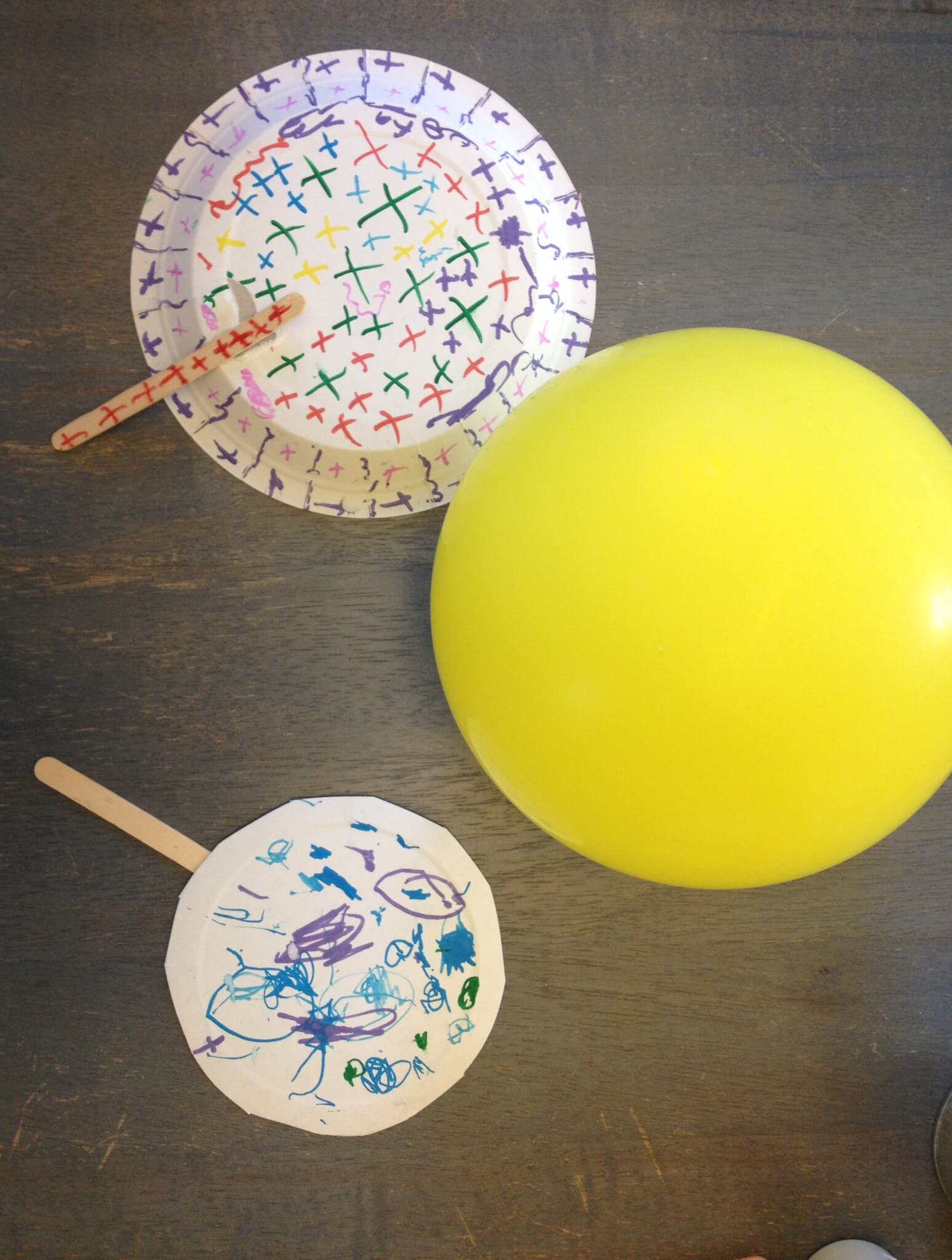 I showed the kids a tennis racket and showed them how the hatching could look like little “t’s” all intersected together. I put the racket in the middle of the group and they all traced their fingers over the “t’s” that they could find. I then asked if they’d like to make their own rackets, which of course got a great response! Interestingly, two of the children chose to draw “t’s” all over their rackets, while the other two had a couple of t’s but focused mainly on decoration. 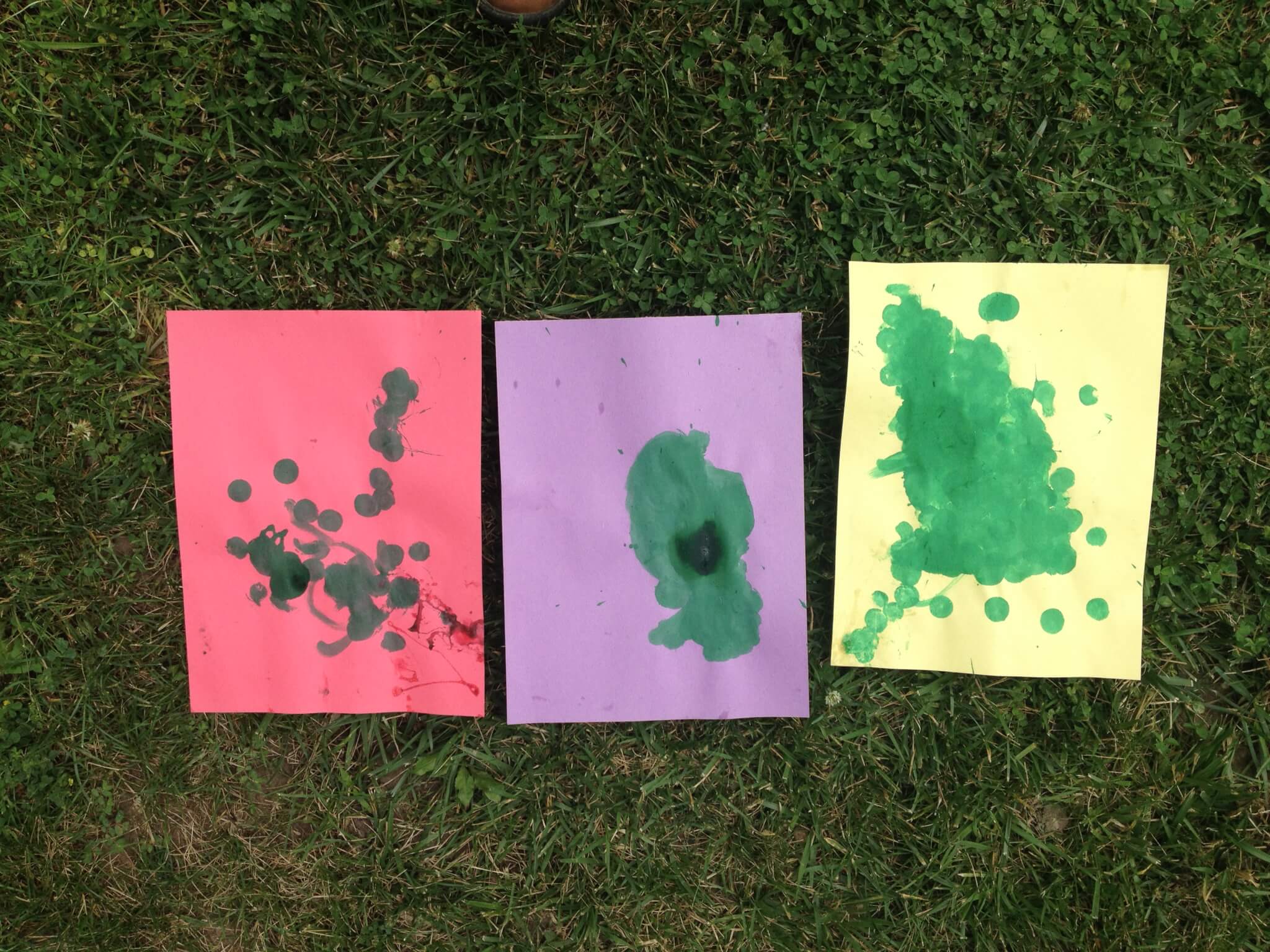 I had a couple of other activities set out on our art shelf, and they quickly were taken up by the kids — a green bingo dabber (making “tennis balls”) and lacing on a tennis racket. These were less about the letter “t” and more about extending the tennis theme to engage fine motor skills; however, children could be encouraged to make letter “t’s” with the bingo dabbers or yarn. 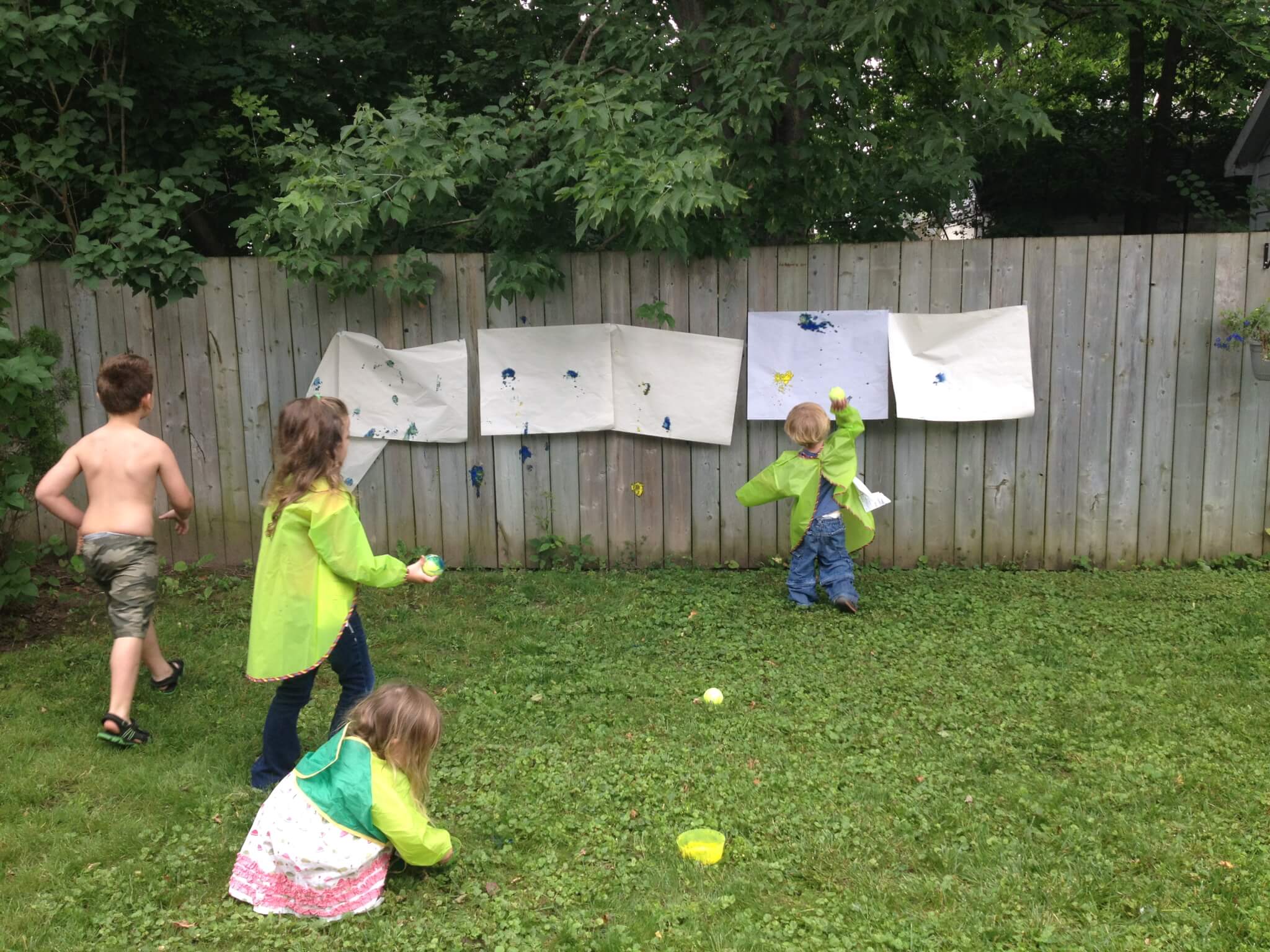 We later also practiced throwing tennis balls dipped in paint for a big “process art” project. This was such a fun gross motor skills activity, and the children were able to see great visual feedback as to where their throws were landing. One child’s throw dramatically improved as he really focused on hitting the paper “target.” Older (more coordinated) children could practice their tennis serves rather than straight throws. 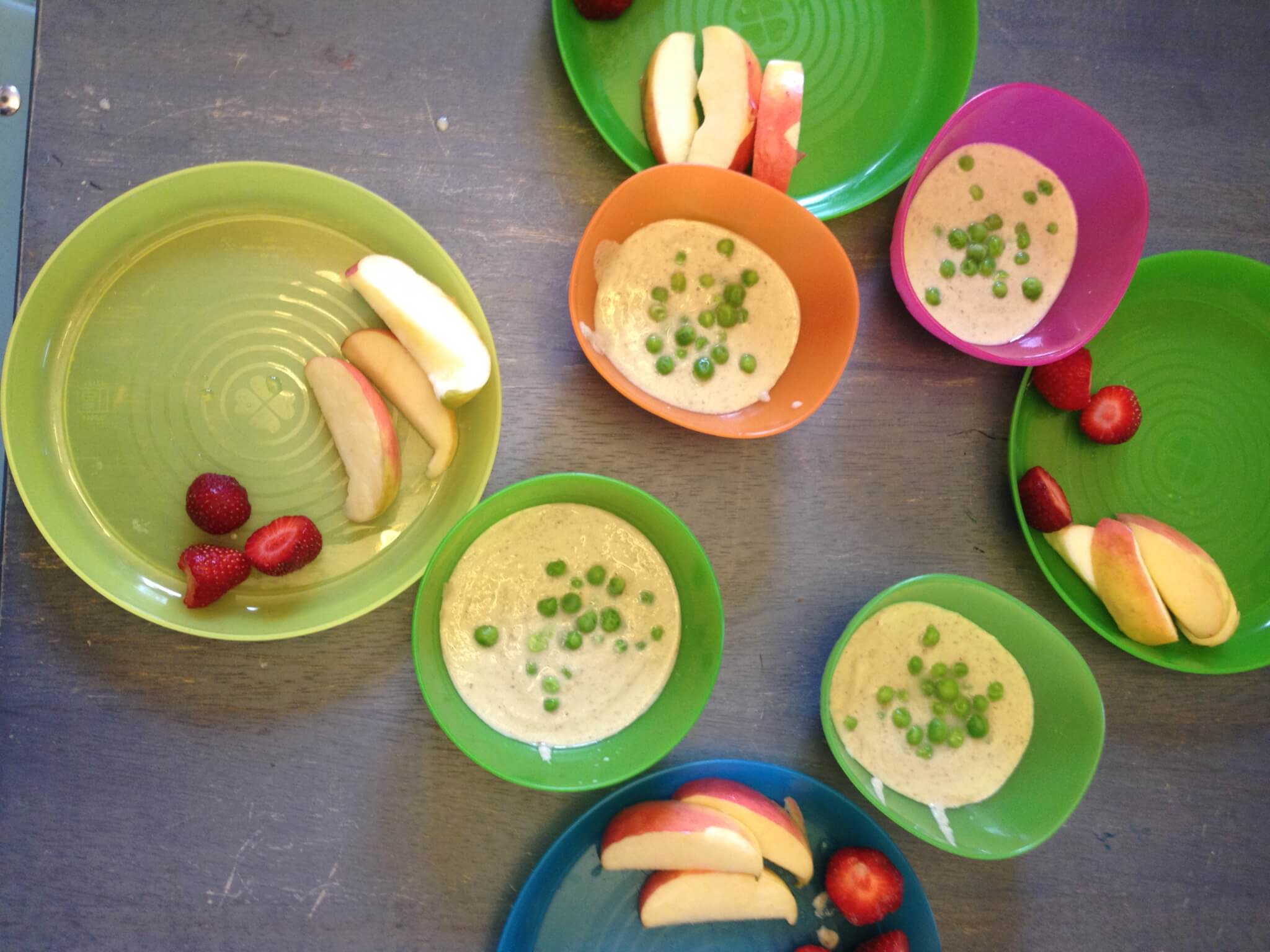 For lunch, we had leftover white gazpacho soup with a few green peas strewn over top (to look like tennis balls on a field), along with a cold macaroni-and-pea salad, apples, and strawberries. For dessert, we had strawberries and ice cream — a fun twist on the traditional Wimbledon treat of strawberries and cream. Our Strawberry Shortcake would also be great for this unit! 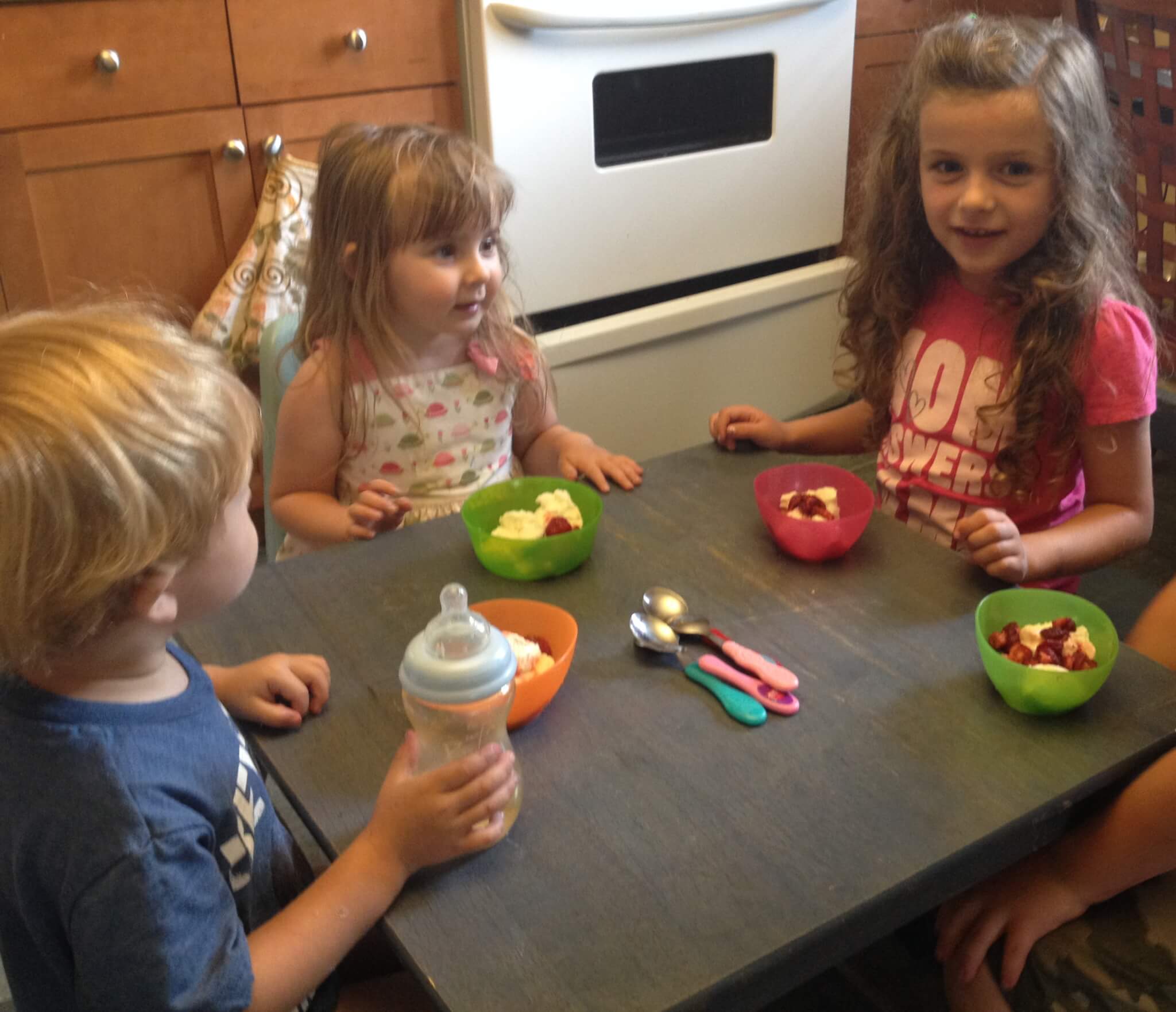 After lunch, I try to set out a quiet time, sensory activity as I have some children who nap, and others who don’t. I was going to make a “tennis ball slime” with just lime green pom poms, but I thought the full colour version was a lot more fun! If you’ve never made slime, check out Fun at Home with Kid’s tutorial here for the recipe and some troubleshooting (and poke around her site — she has some great messy play ideas). 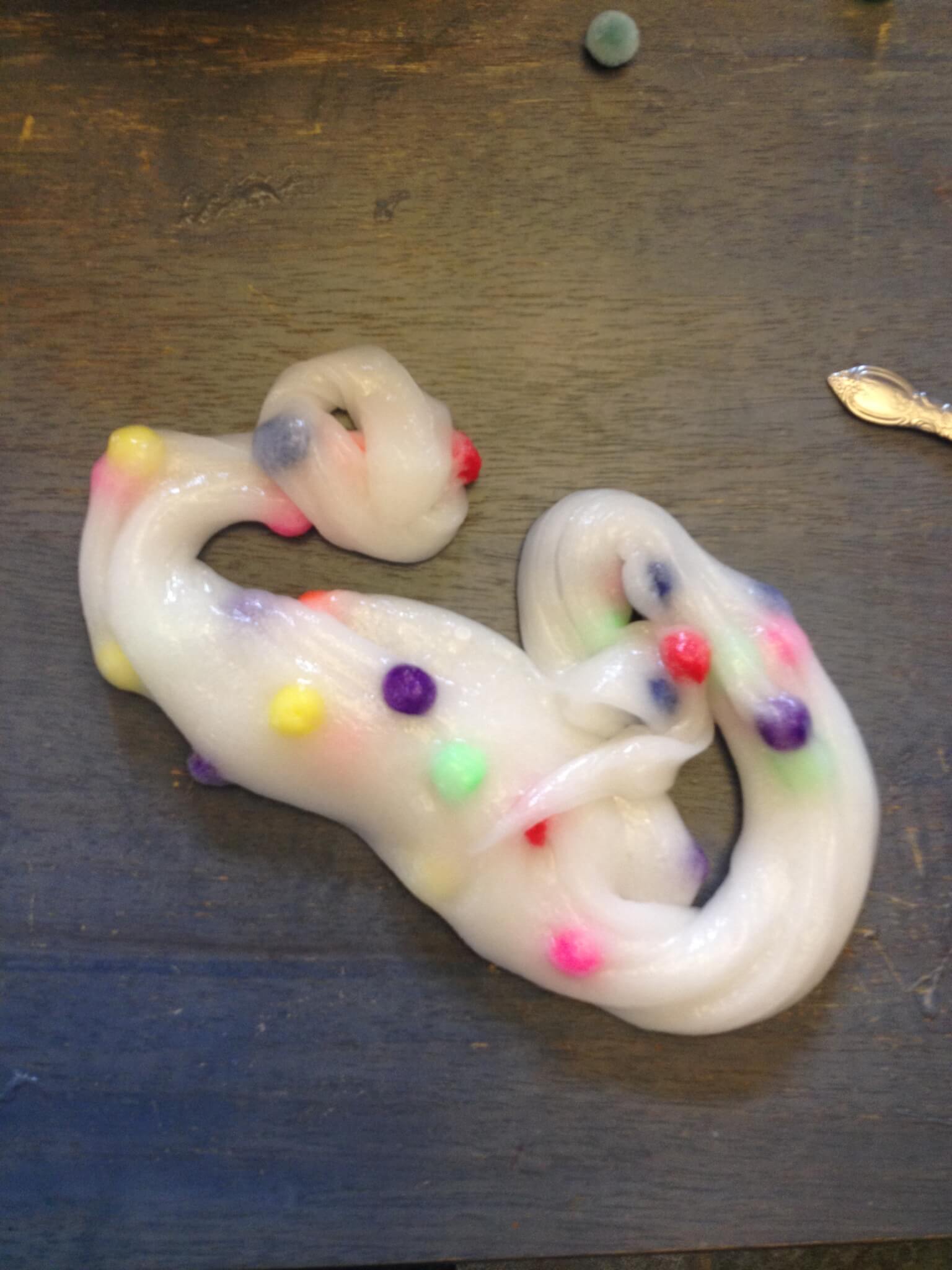 Our attempts at learning “real” tennis were thwarted by the rain, so we grabbed our paper plate rackets and played “balloon tennis” in the living room. When modeling how to hit the balloon to keep it up in the air, I made “tuh” sounds to encourage the children to also practice the “t” letter sound. The children worked together to keep the balloon up in the air, and loved the chance to have a bit of rambunctious fun in the house. All of the rackets were broken within about 20 minutes.

We really enjoyed learning the “tuh” for “t” letter sound with some tennis activities, and I’m racking my brain for ideas on how to engage in the letter “i” next week — any ideas? 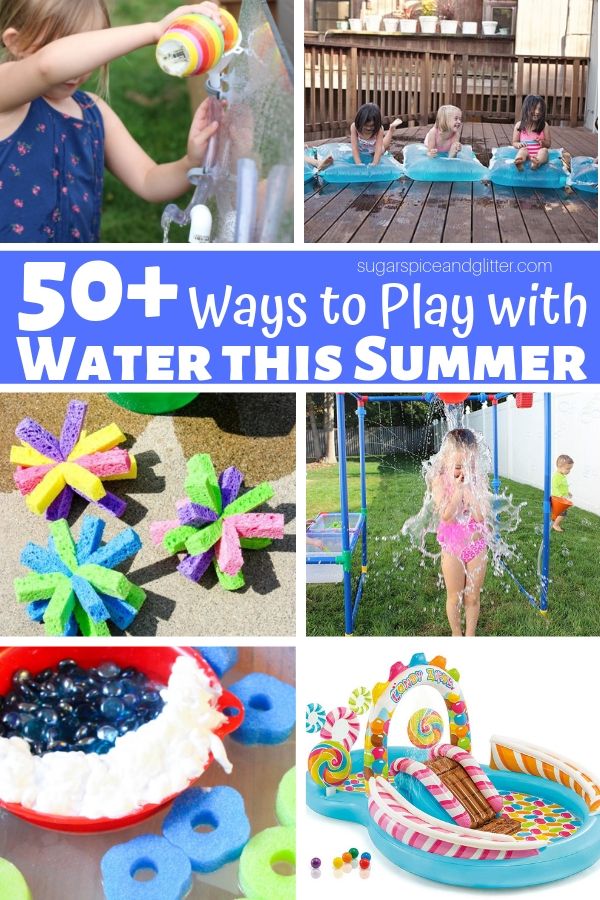 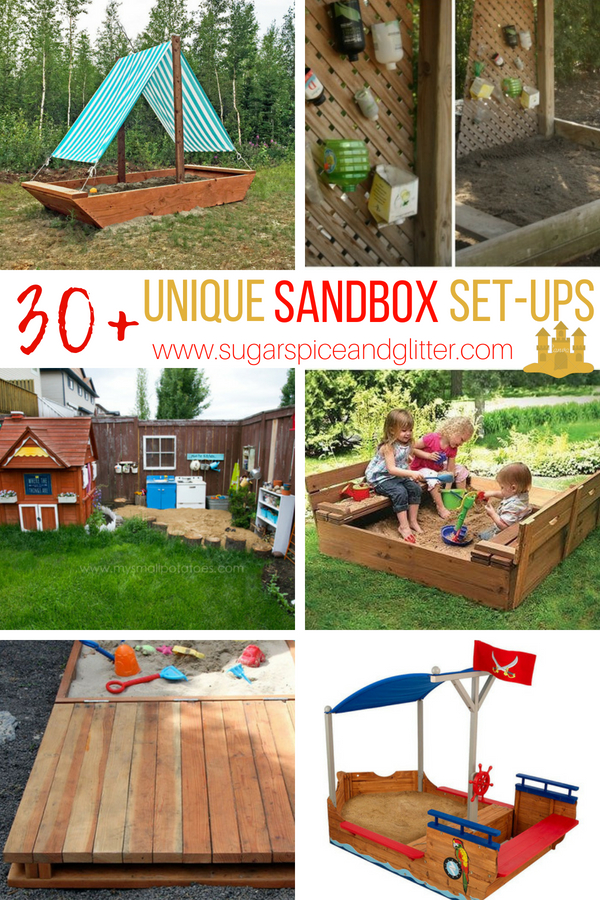 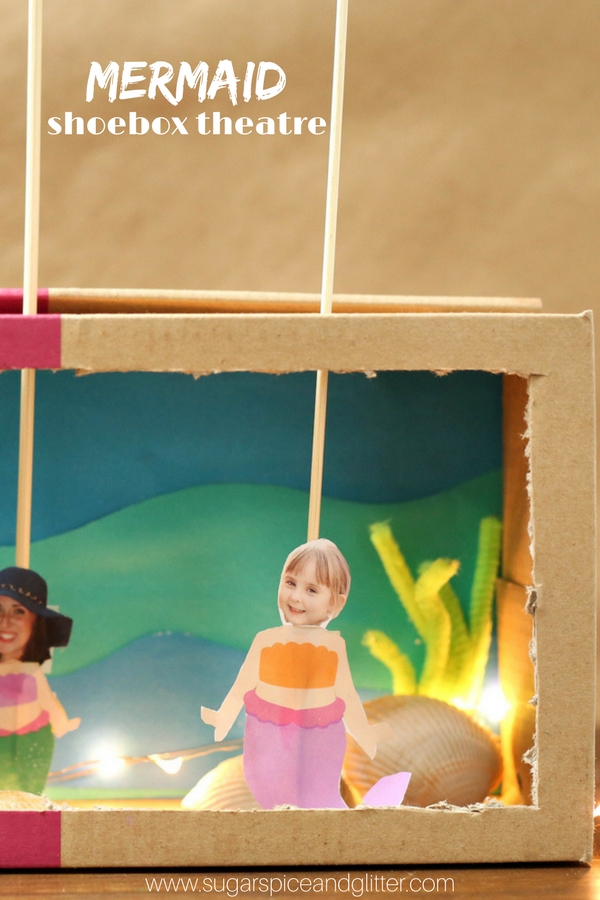