Ella has been obsessed with the Princess and the Frog for a while now, so I’m surprised it’s taken me this long to introduce her to the delights of New Orleans cuisine.

This easy healthy recipe for sausage and shrimp gumbo takes the best of both creole and cajun versions and combines to make a delicious and flavourful meal with plenty of leftovers. 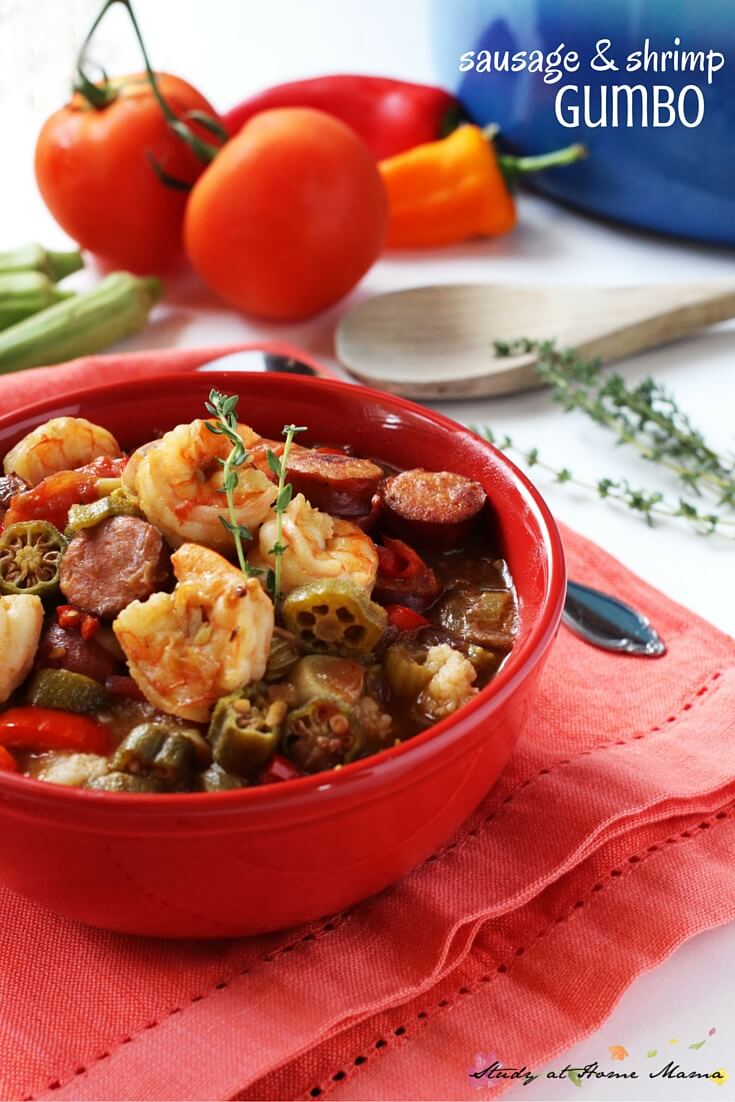 While researching the rich history of gumbo, Ella and I noticed some variations between traditional cajun versus traditional creole versions:

Cajun gumbo starts with a dark brown roux (mixture of fat and flour) that involves a careful watch and constant stirring to avoid scorching. It contains no tomatoes, and often packs a bit more heat, although garlic and thyme are common. It uses andouille sausage, pork sausages preserved using a mixture of salt and smoke.

Creole gumbo often has a much lighter (and quicker) roux, made with butter not oil, and often uses tomatoes. They have a thick and rich sauce, and use a variety of herbs and spices rather than heat-packing spices and sauces. Pork is not as heavy a focus. 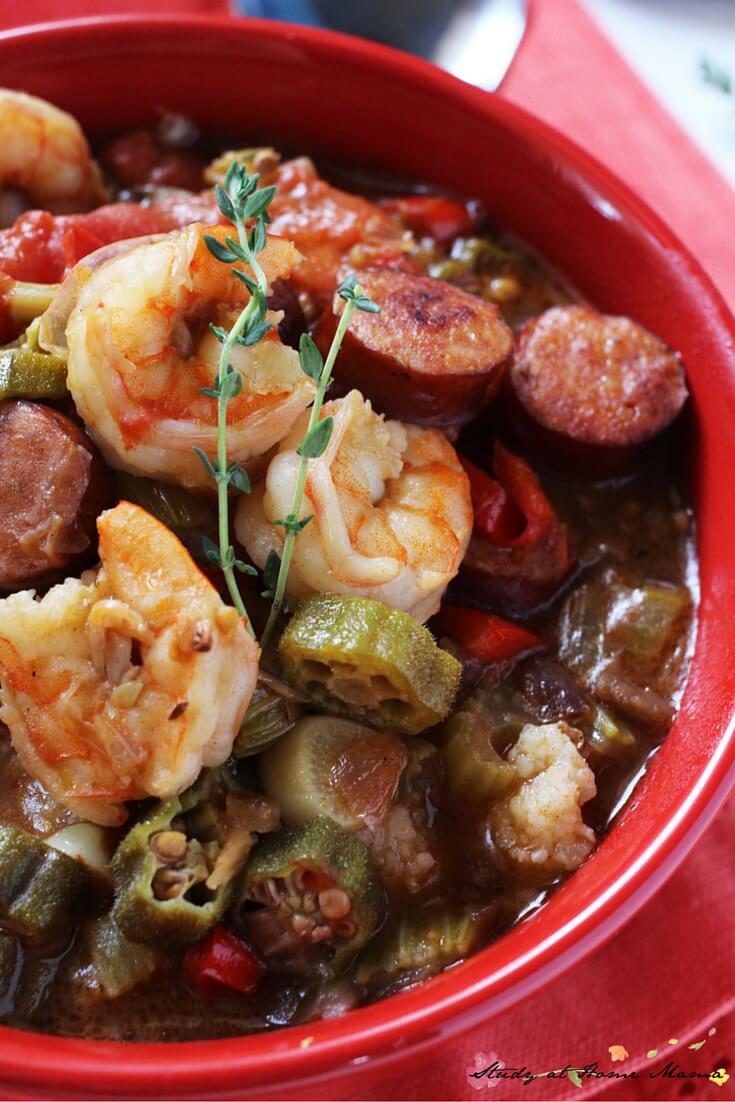 Both versions start with a fat and flour roux, rely on okra for it’s thickening properties (a tastier alternative to corn starch), involve low and slow cooking, and often use shrimp in addition to another meat. They also both use the “holy trinity” of celery, onions, and bell peppers as a base.

Looking at the similarities and differences, we really couldn’t decide which tradition to follow, so we picked what appealed to us from both and created a gumbo that successfully marries the two traditions and packs some major flavour. 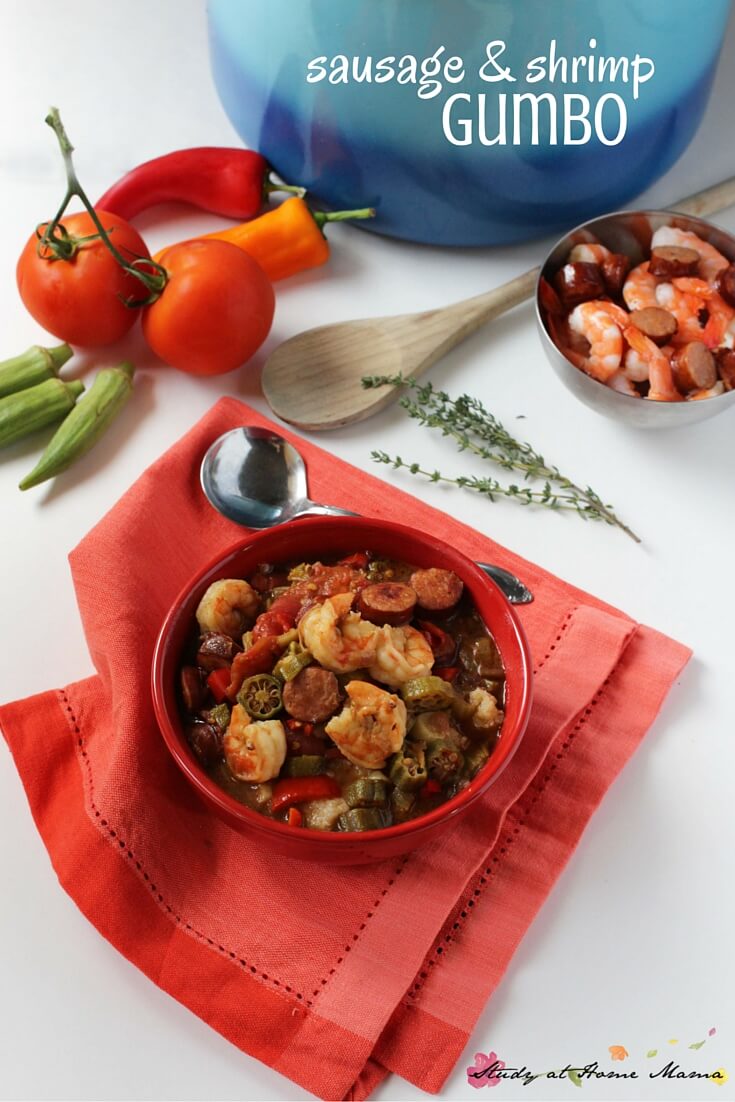 The flavour of this dish is hard-won, with careful cooking of the roux and layers of flavour added to the pot over time. Fresh, quality ingredients and fresh herbs and spices will make all of the difference. (You can used dried herbs, just make sure they still have flavour!)

We incorporated lots of meat and vegetables into our dish so that we would have leftovers for a few days – and just like with most one pot meals or soups, the taste of this dish only improves over a day or two.

(Ok, this recipe technically involves two pots, but most of the action is happening in just one of them.) 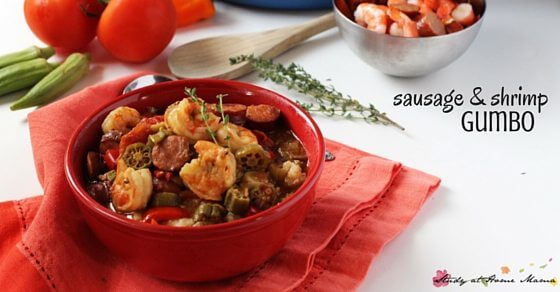 You can serve this without any grains (and use a gluten-free flour for the roux) if you’d like to keep it paleo, but we tend to serve ours over brown rice. You can also use grits, quinoa, or couscous – or just eat it plain.

Whatever you do, eat it hot with lemon wedges, extra seasoning, and hot sauce on the side when you’re in the mood for some great southern comfort food! 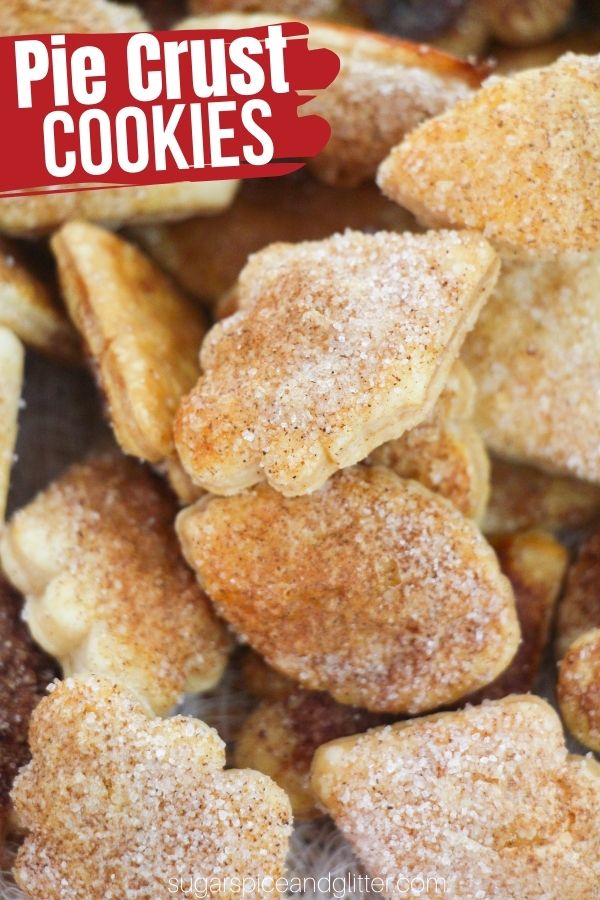 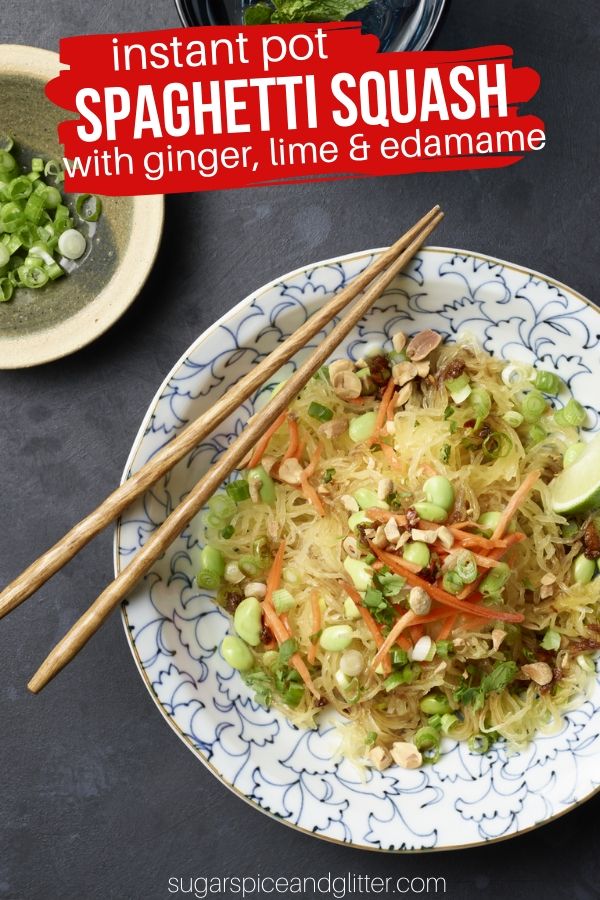 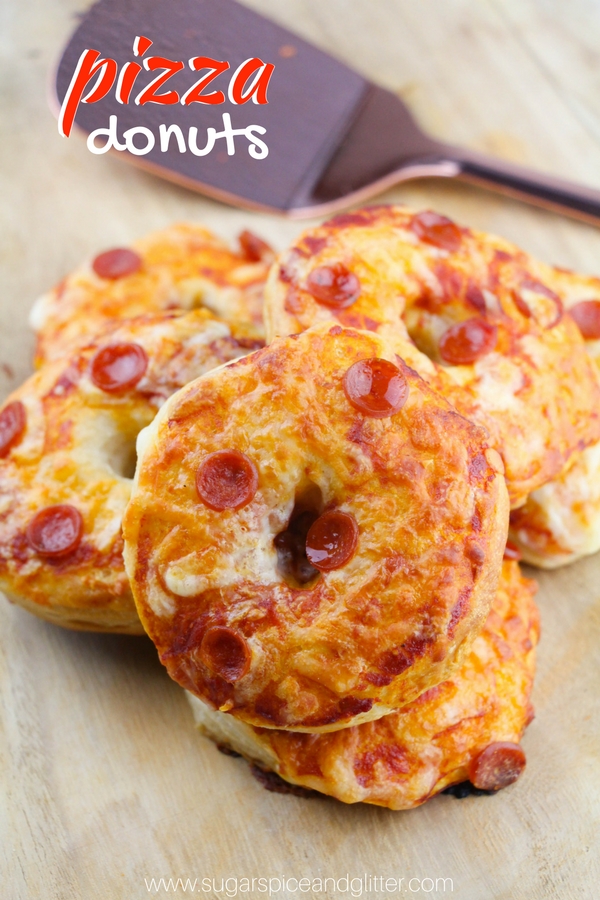 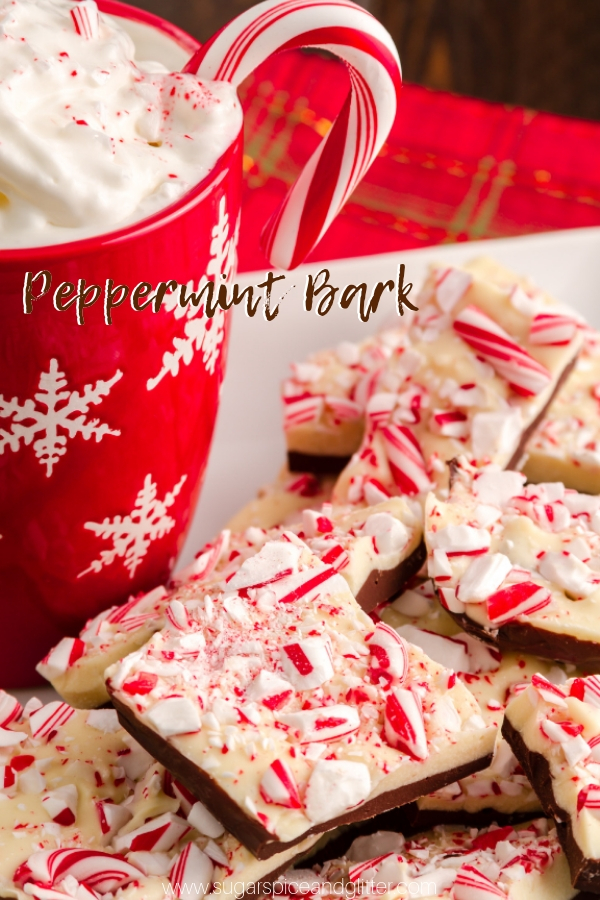 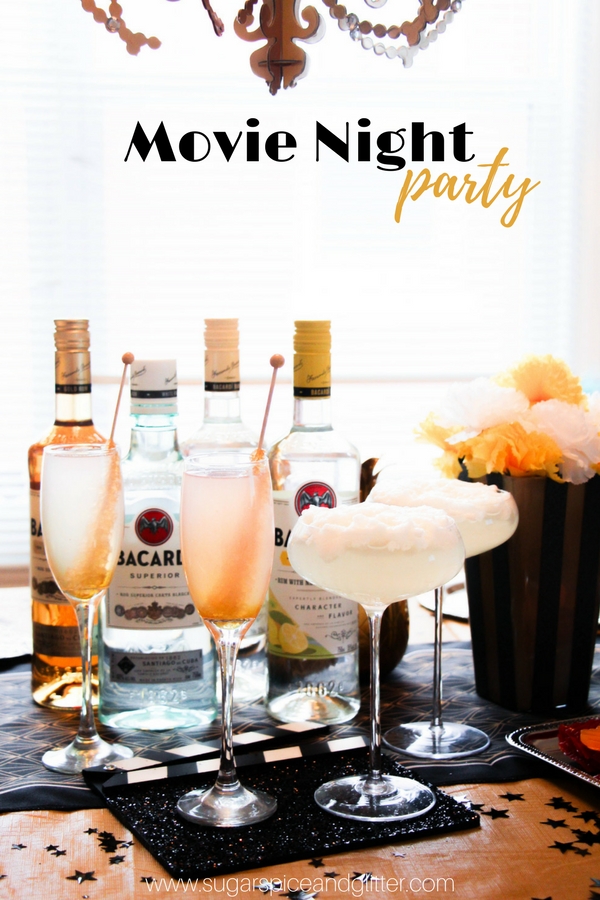