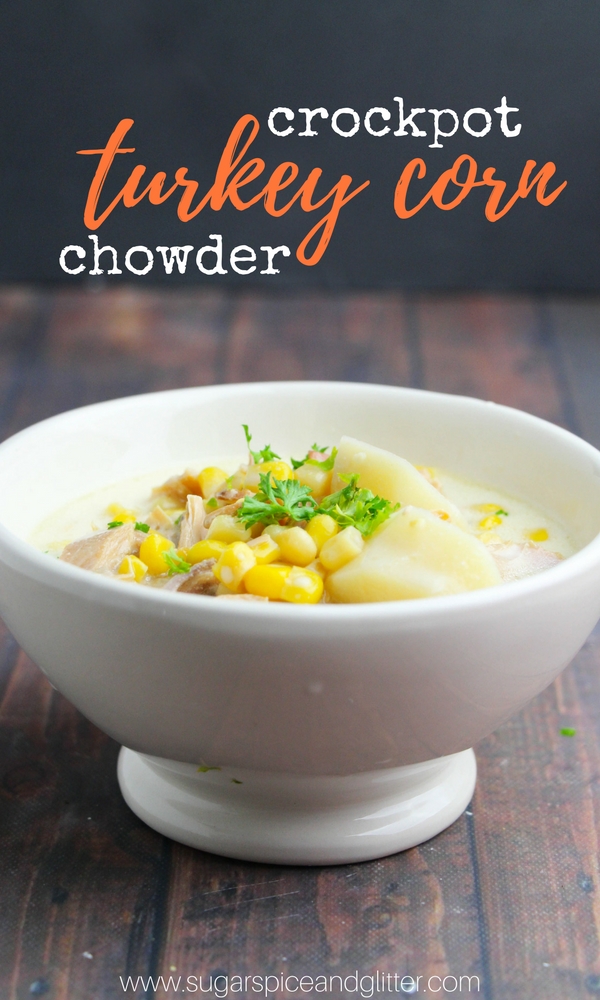 Corn Chowder is a relatively new food for me. I first heard about it in the Devil Wears Prada back in 2006 and it sounded scrumptious – even if cellulite was one of the main ingredients…

However, I was a student in Canada at the time so corn chowder was in short supply and recipes that took more than 10 minutes rarely happened. It wasn’t until Ella and I visited the Storytellers Cafe at Disney’s Grand Floridian at Walt Disney World that I finally got my first bowl of corn chowder – and it’s been a favorite ever since!

Now, while I wouldn’t call this recipe healthy, I’ve definitely lightened it up quite a bit and there are some healthy additions that make our Crockpot Turkey Corn Chowder a great choice when you want some serious comfort food.

Health benefits of turkey: it is a rich source of protein, niacin, vitamin B6, mineral selenium (which is required for thyroid hormone metabolism), the amino acid tryptothan, zinc and vitamin B12.

Garlic’s health benefits are too numerous to note here (they would be an entire blog post in themselves), but a couple of the main benefits are that it helps lower cholesterol and blood pressure, contains cancer-fighting anti-oxidants, etc. Read more about the benefits of incorporating garlic into your recipes here.

Onions are anti-inflammatory and high in vitamin C, vitamin B-6, and manganese.

Alright – now on to the recipe! 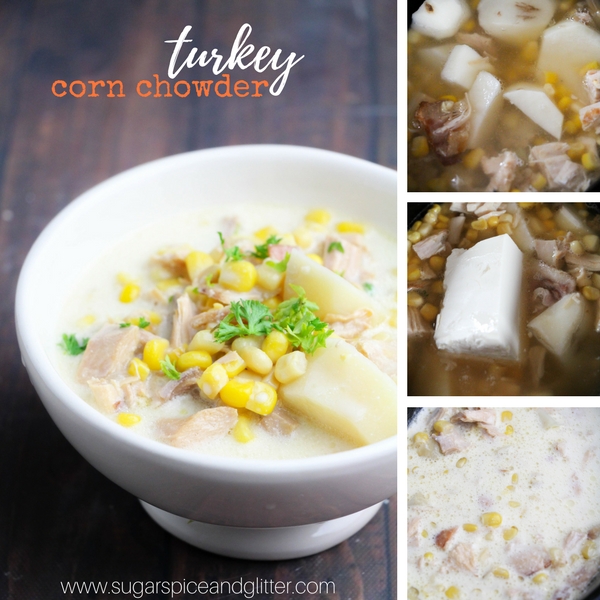 Tip: add as many extra veggies as you’d like. Potatoes are pretty traditional but swap them out if you’re not a fan.

This is the crockpot that I use the most often – it has a thermoshield which not only prevents little fingers from being burned if the kids touch the outside of the crockpot, but it’s also great for bringing along to potlucks. I also like that I can set the cook time on it, so if we end up taking too long playing outside (or running errands) I don’t have to worry about the food burning. 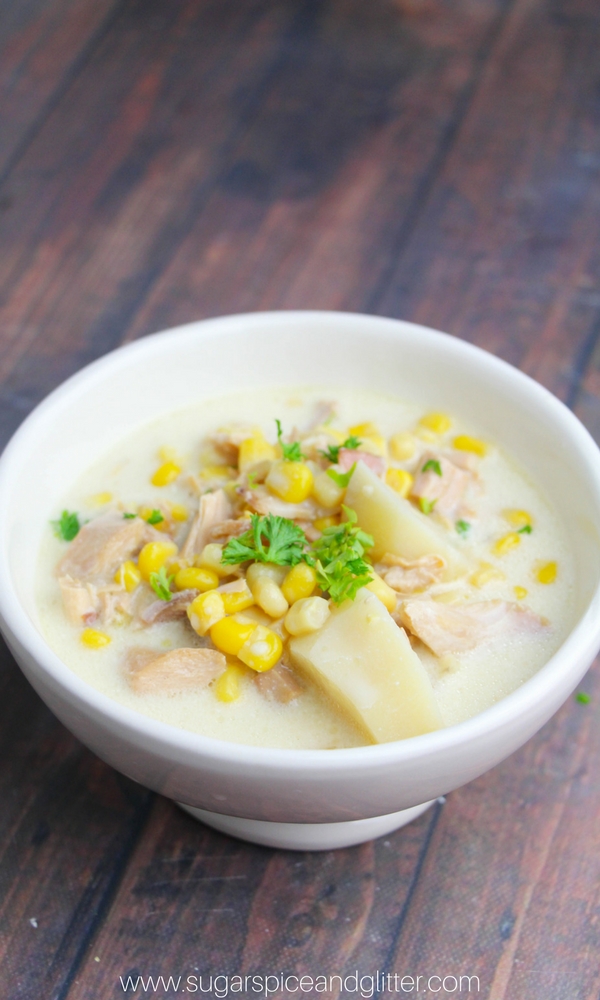 How to Make Turkey Corn Chowder in a Slow Cooker

Cover and heat on high for approximately 10 minutes, until onions are translucent. 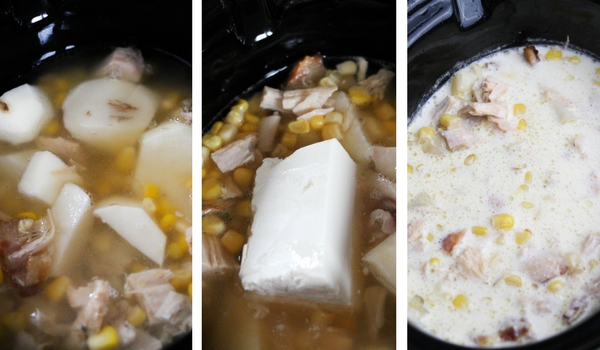 Add the cream cheese and allow to melt into the broth, approximately 15 minutes.

Season to taste, and then stir in the heavy cream right before serving. 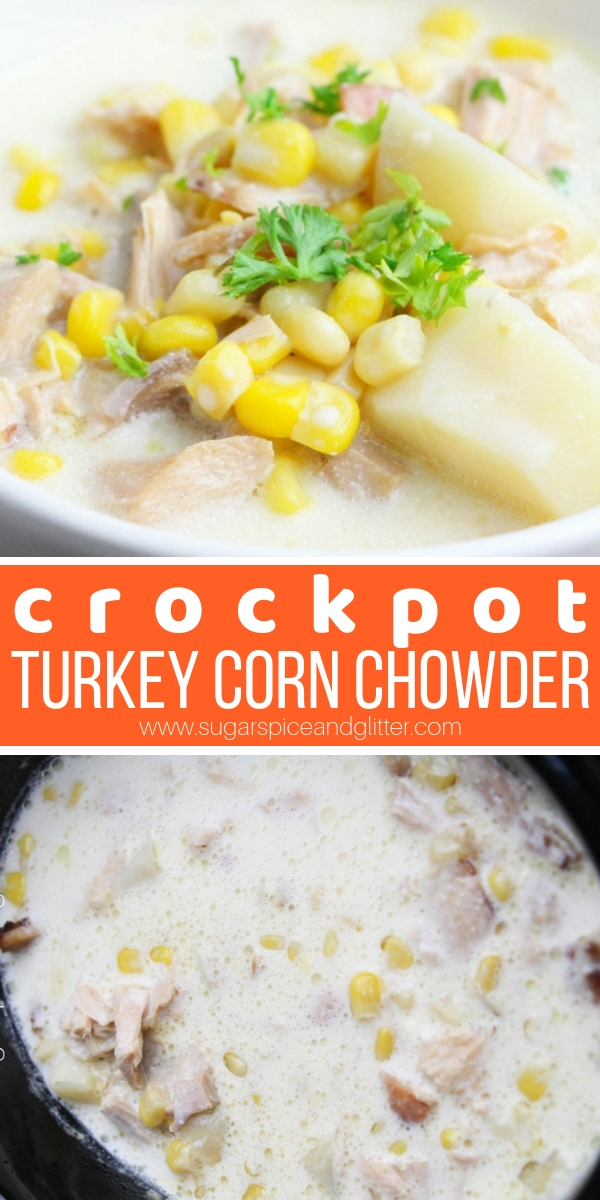 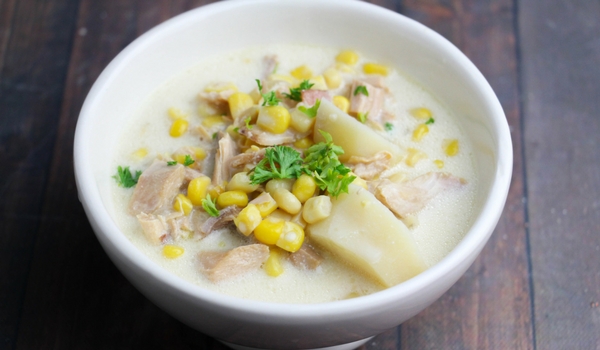 For more delicious crockpot recipes, check out our Crockpot White Bean Turkey Chili or our Crockpot Chicken and Dumplings. 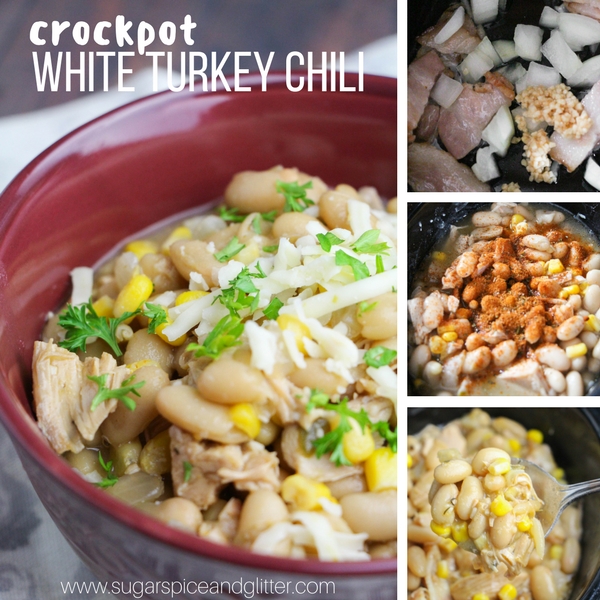 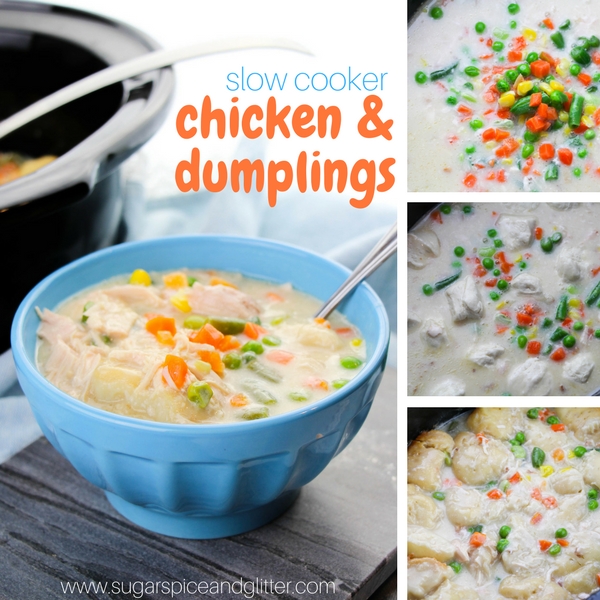