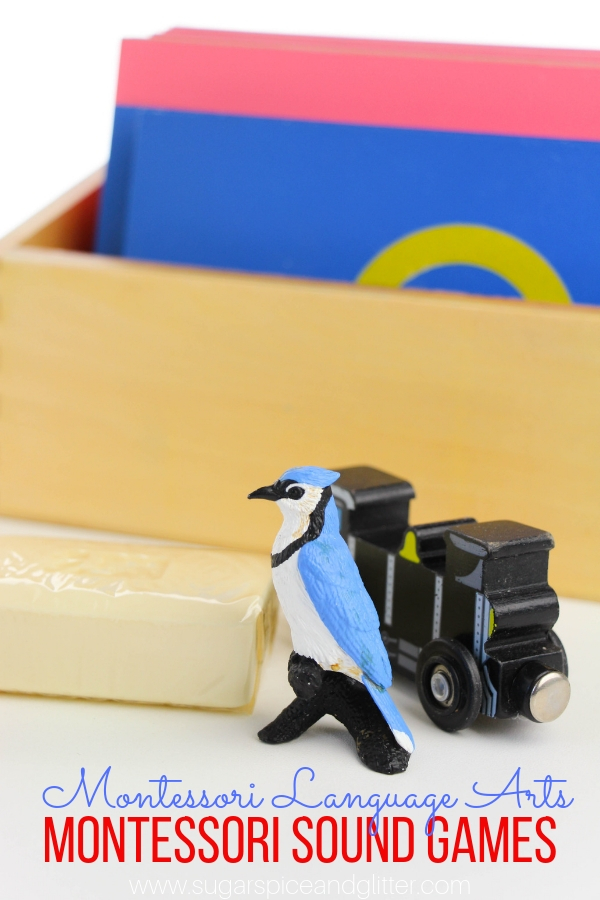 Today we begin a series on the early Montessori language lessons that lead a child toward reading and writing.

Dr. Montessori had a gift for analyzing the various steps or components in complex skills such as reading and writing. She was able to break these skills into manageable and engaging activities that led the child to believe that she had discovered the secret to reading or writing all on her own.

The first language lesson we’ll cover is the Sound Games. These games highlight that spoken words are made up of individual sounds. The child learns to hear the individual sounds in a word in preparation for matching a letter/s to the sound.

Let’s dive right into the Sound Games, since this is where it all begins. 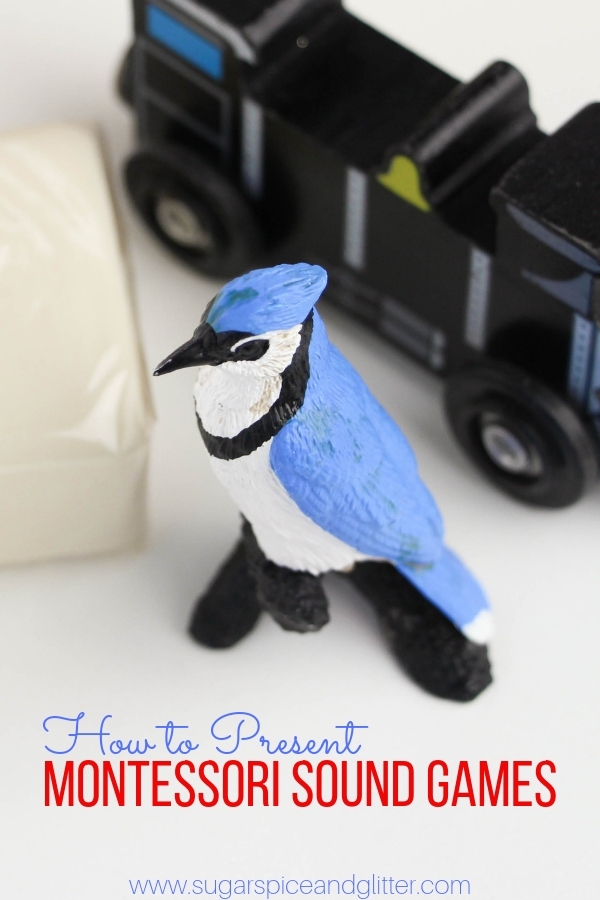 How to Present the Montessori Sound Games

Remember, the sounds games are about hearing sounds. We’re not concerned with how the sound is spelled at this point, since this is strictly a listening exercise, and not visual.  At first, the child may not grasp the concept and will offer any word. Just say “nice word!” and keep trying. It will be evident when the child “gets it.” Once you begin the sounds games, it’s important to play them every day, but keep it short and lively. It should be fun and not tiring!

Material: spoken words, objects in the environment, collection of small objects representing a variety of beginning, ending, and middle sounds

Note: The sound games are an auditory exercise, a listening exercise, rather than visual or tactile. The presentation can be given without reference to actual objects; however, if the games prove to be too abstract for the children, you may introduce concrete items. Montessori Services sells a Language Object Starter Set consisting of miniature objects appropriate for the sound games. Remember that there is not a one-to-one correspondence between letters and sounds in all English words. For instance, cat has three sounds and three letters, but thatch has three sounds and six letters. In the sounds games, we are concerned only with the sounds. Spelling patterns will be addressed when the child reads.

For the Presentation with Objects described below, proceed to the next stage only when the children have had ample experience with the previous stage. You may need to present an isolated lesson on the concepts first, middle, and last. If you have children of varying skills in one group, ask each child for a sound appropriate to her skill level. Over time, vary the sounds games, using picture cards or other props. Be creative. 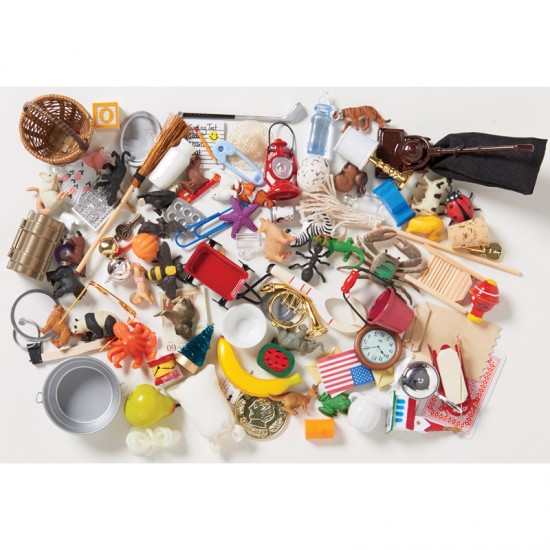 Exercise: Children may spontaneously think of words with a chosen sound.

Note: Before the formal presentation below, you may begin with identifying something on the child’s person or in her hand. “Oh, you have on new shoes. Shoe. Shoe begins with \sh\.” The immediate is easiest for a child to grasp, and she is most interested in herself. Make the sound correctly. Do not attach vowel sounds to consonants (\b\ not buh, \t\ not tuh). When ready to present items generally, proceed as follows:

When the children have arrived at choosing the correct object from the few you have collected, increase the number objects from which to choose, and then finally present the difficulty of finding the appropriate object anywhere in the room.

When pronouncing the objects’ names, emphasize the ending sound. Teacher says, “I spy with my little eye something that ends with \p\” (or whatever sounds are represented by the objects). 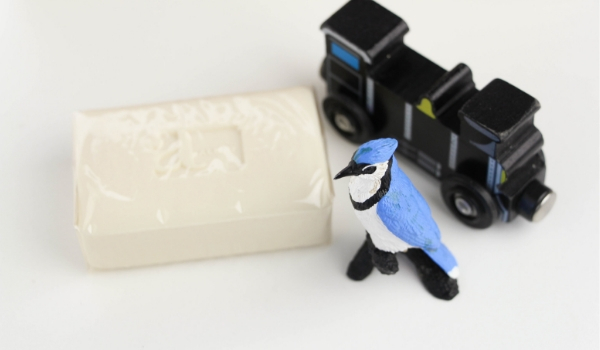 When pronouncing the objects’ names, emphasize the middle sound. Teacher says, “I spy with my little eye something that has \a\ in the middle” (or whatever sounds are represented by the objects). When the children can identify the middle sound of words with three sounds, increase to words with four sounds, e.g., desk, lamp, mask, milk, penny, letter (remember we are isolating sounds not letters). Pictures may be substituted for objects at this stage.

Stage 4: Beginning and Ending Sounds Together

Teacher says, “Listen carefully. I spy with my little eye something that begins with \h\ and ends with \t\” (or whatever sounds are represented by the objects).

Teacher mixes commands, asking for a variety of combinations. Variations are numerous; explore them all.

Stage 6: Presentation without Objects (above)

At this stage, all sounds, including those represented by multiple letters when written, should be explored.

Stage 7: Isolating All Sounds in a Word

Teacher asks the child to think of a word and suggests that together they say each sound one after the other. Offer extensive practice in this stage, until the children can work out independently every sound in a word regardless of how long.

A Path for the Exploration of Any Language Leading to Writing and Reading (1968/2003), by Muriel Dwyer 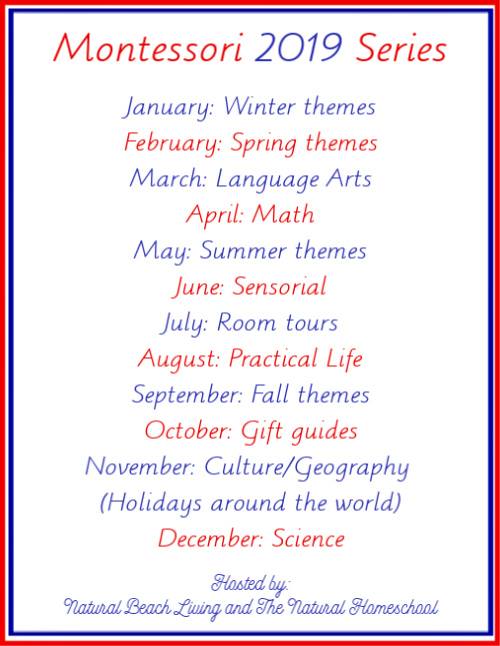