Cinnamon buns are a go-to special breakfast in this house – whether it’s cinnamon bun pancakes or my mom’s 10-minute cinnamon bun recipe – I’m all about getting that delicious cinnamon bun taste without the 40 minutes plus of work that my traditional yeast-based recipe takes (although, it’s definitely worth it!)

These Slow Cooker Cinnamon Buns are a great option for a special breakfast when you’ll be hanging around the house for the morning but don’t want to be watching the oven. 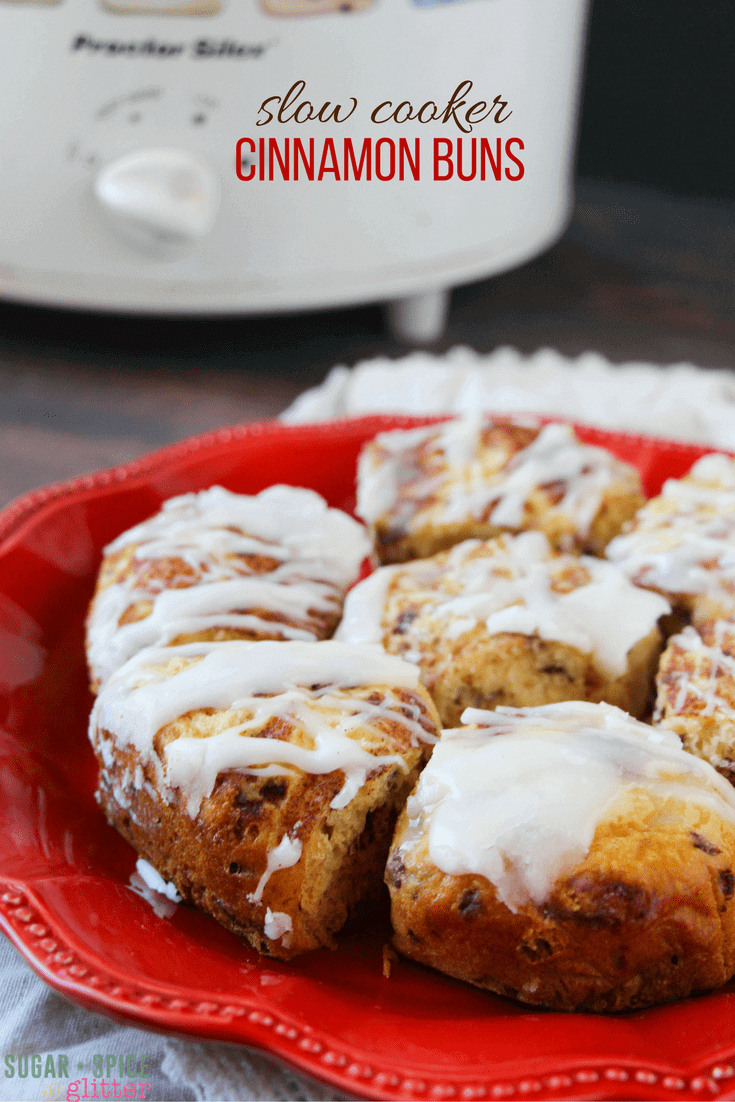 Ella wanted to make me a special breakfast of cinnamon buns WITHOUT help so we settled on using a slow cooker.

You can adapt this method for your favorite cinnamon bun recipe, but we totally cheated for this round and grabbed a tube of cinnamon roll dough from the grocery store. Our 10-minute recipe is easy enough for kids to help with and could definitely be used in the slow cooker, but it would still require some adult help for rolling and Ella was having none of that for this batch.

The slow cooker allows for fluffy, delicious cinnamon buns that still crisp up slightly on the edges. The cinnamon buns pull apart into individual buns, or you can slice through and serve it up french toast-style!

This would be a great option for a special Mother’s Day breakfast, Father’s Day, Christmas or even a birthday celebration. Really anytime you’d like cinnamon buns, this recipe will be a perfect option. 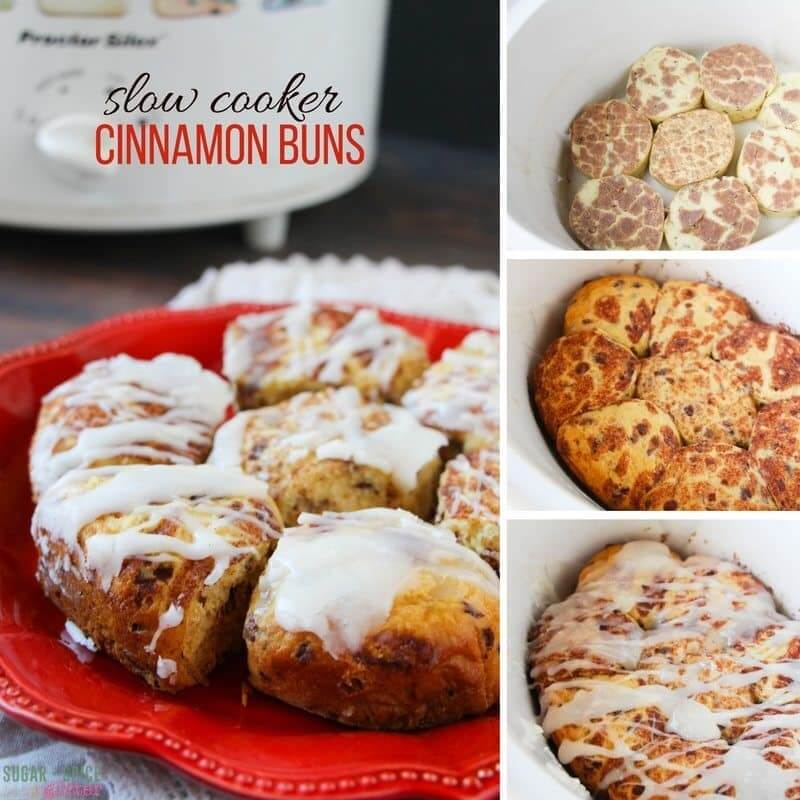 Tip: For a Christmas twist, replace the heavy cream with egg nog 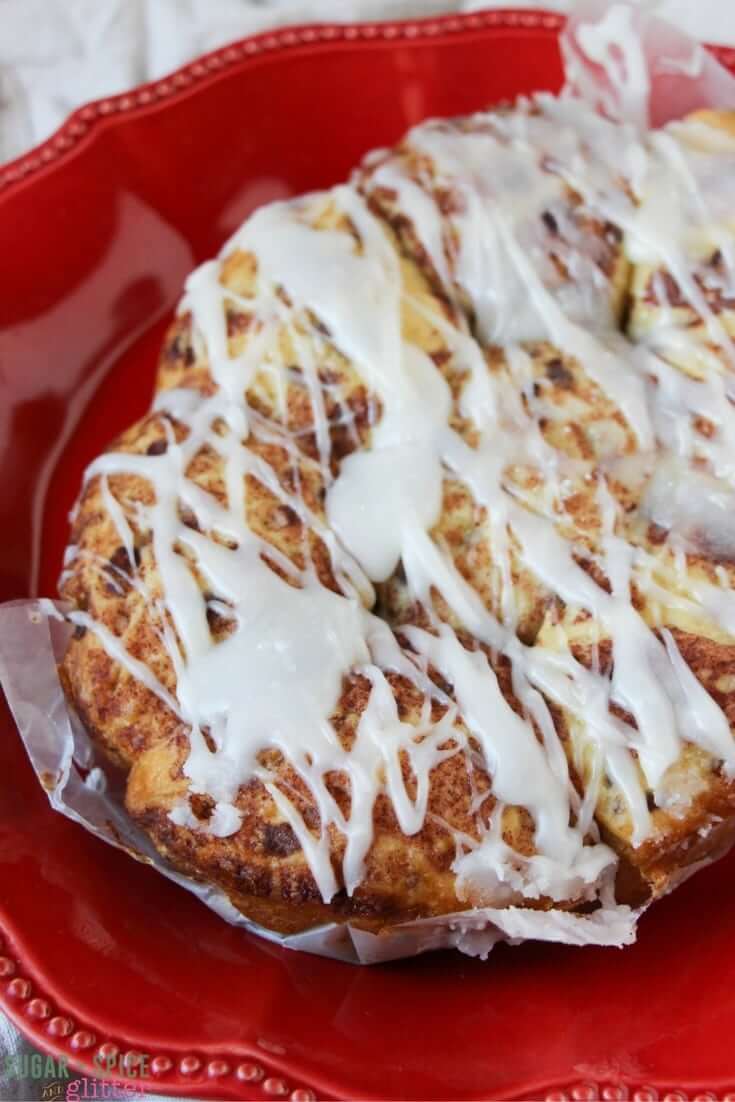 Oil the inside of your crockpot and then line it with parchment paper for easy cinnamon bun removal. 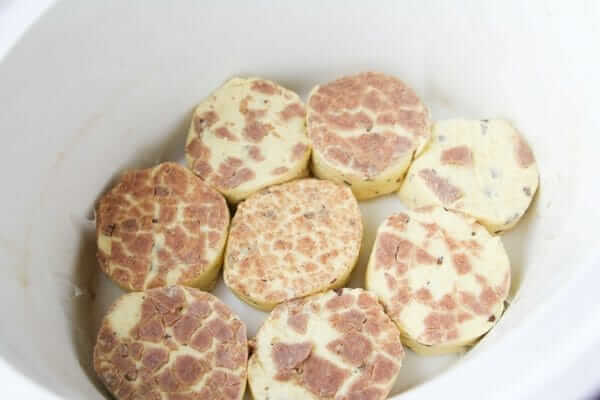 Open your tube or container of cinnamon bun dough and place the buns side-by-side, covering the bottom of the crockpot.

Place the lid on the crockpot and cook on low for 2 hours. 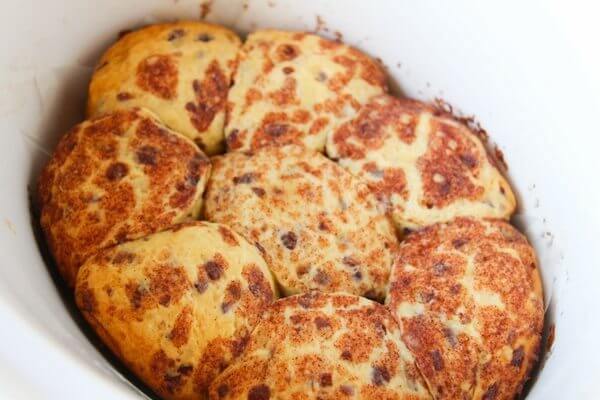 In a small bowl, stir together your heavy cream, icing sugar, and vanilla.

Drizzle over the cinnamon buns and serve. 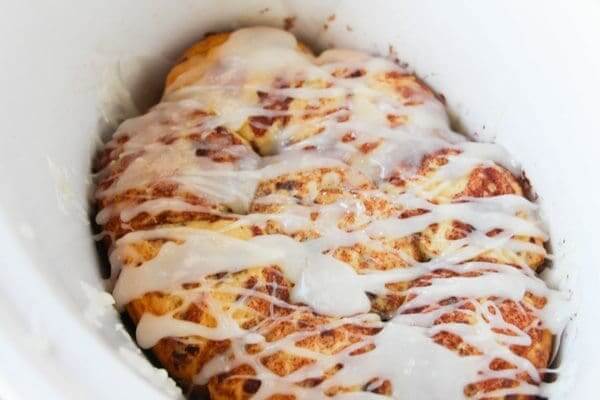 Pin this Slow Cooker Cinnamon Bun Recipe for your next special breakfast occasion: 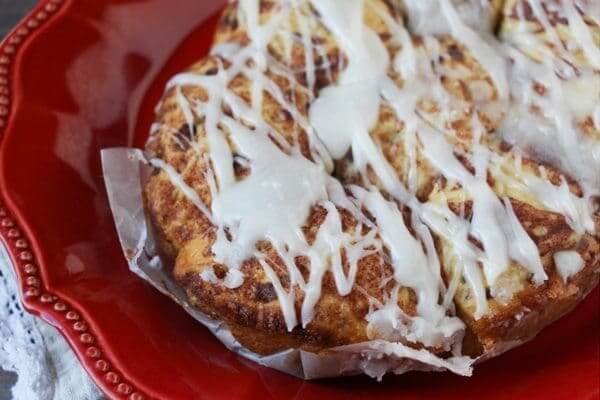 Do you have a special breakfast coming up that these slow cooker cinnamon buns would be perfect for? 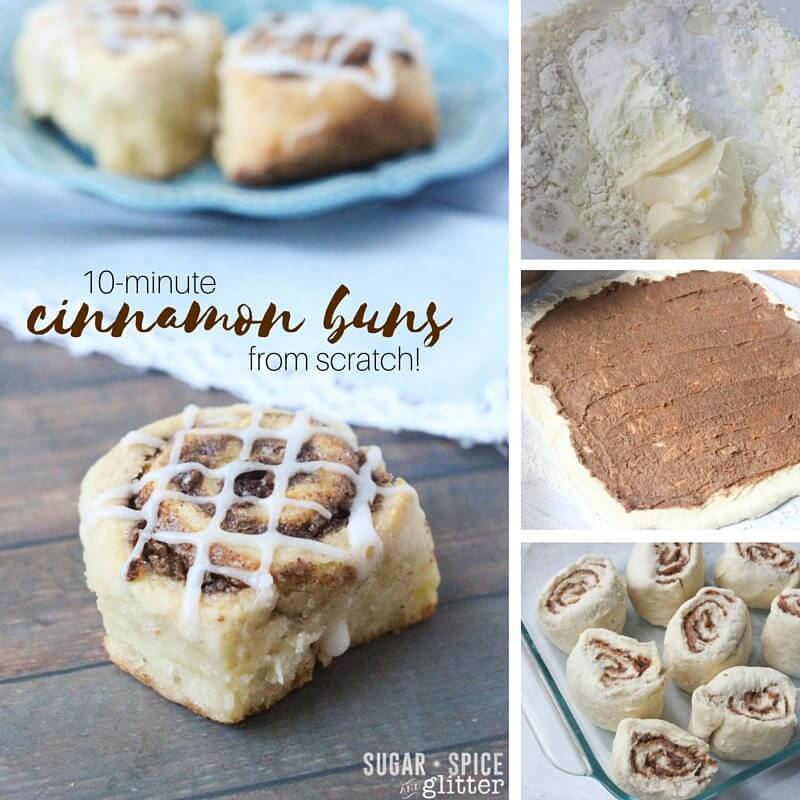 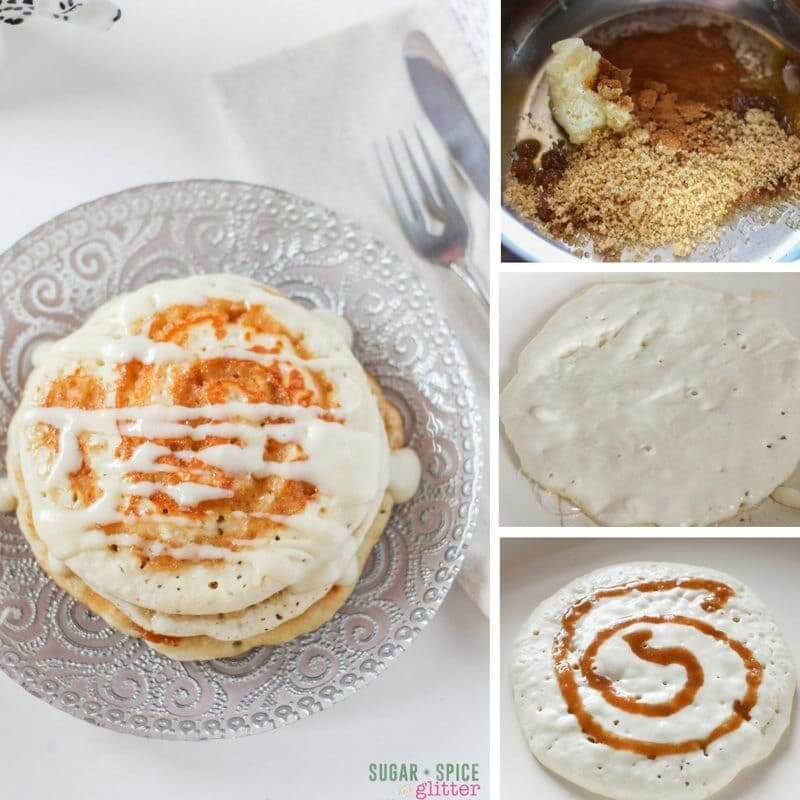