What kid doesn’t love the wonder and beauty of a snow globe?

The Artful Parent had the wonderful idea 3 years ago to gift some peppermint play dough in mason jars and make it look like little snow globe presents.

We did a little spin on that idea and made these peppermint salt dough snowmen slow globes as gifts for the parents of Child’s Garden Montessori. 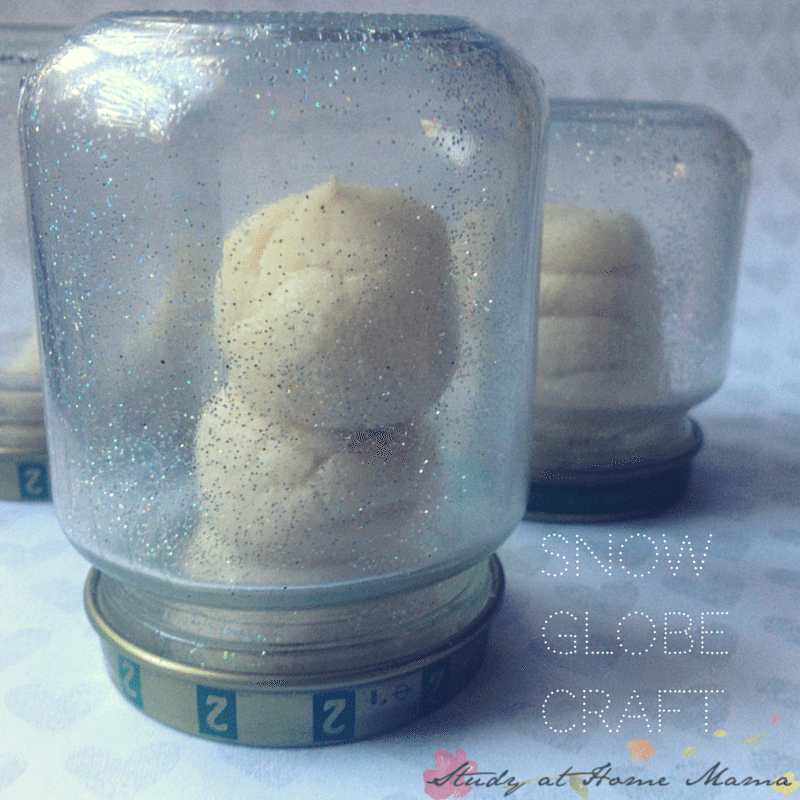 First, I whipped up a batch of peppermint salt dough:

After combining the ingredients, this dough needs a good 3-5 minutes of kneading to become smooth. I did the first 3 and then handed a small handful over to each child for them to try.

I then gave each child a baby food jar lid and encouraged them to make anything they wanted with the peppermint salt dough, but stay inside the cap. 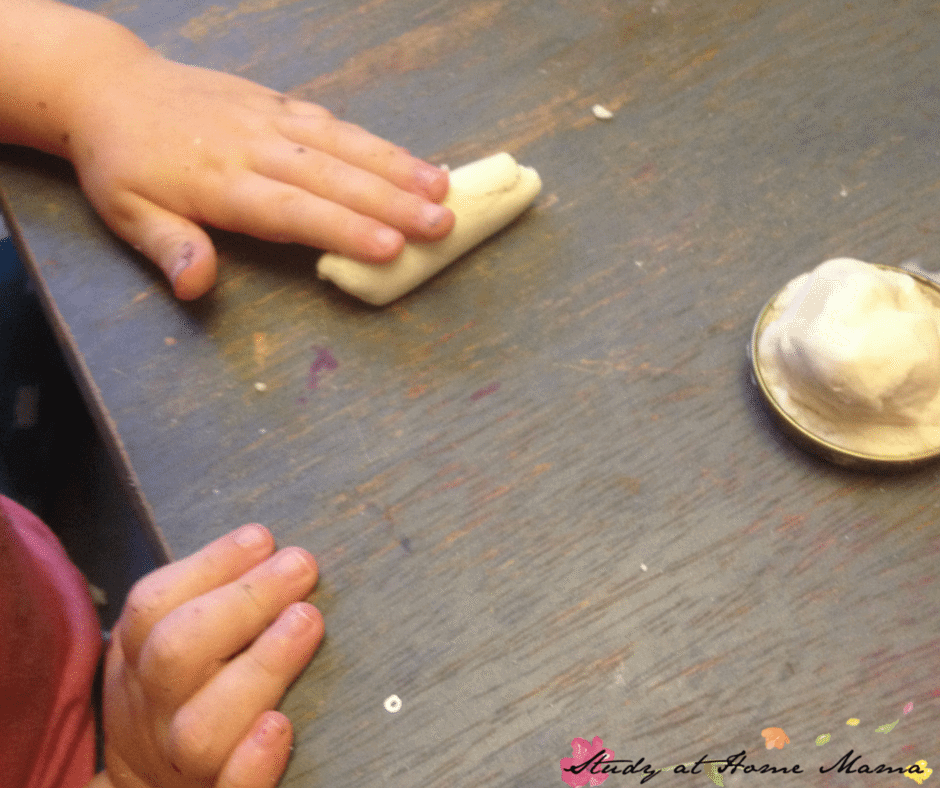 This was a great exercise in three-dimensional thinking and planning, but in retrospect I would have had each child do their snow globe craft individually — once Ella announced that she was making a snow man, everyone else followed suite.

It took about 3-5 hours for each sculpture to air dry, but before that happened, I trimmed each one slightly so that they would fit in the jar by running a knife around the inside of the baby jar lid.

Some of the kids painted their sculptures, some left them plain. For the ones who painted, I set out glitter paint for some extra pizzazz.

I glued the caps on for a bit of extra security, but that step could easily be skipped.

The kids are so excited to give these snow globe crafts to their parents, and I can’t blame them. They all turned out pretty cute! 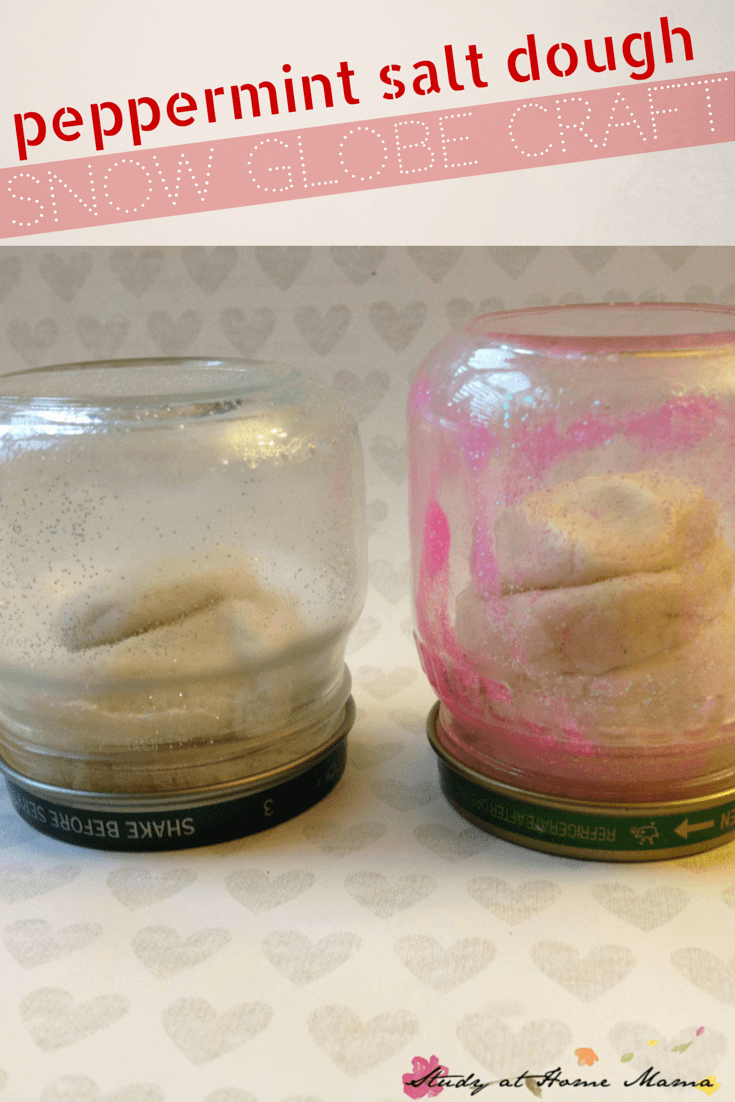 « Should Parents Take the Lead?
Frozen Clean Mud (with Video) »