Anyone who has been a parent for more than a few months can tell you that recommended ages for most materials (and clothing) is often a joke. Often, recommended ages are inflated based on “typical” development to avoid disappointment (and liability). There is also a strong difference between what is age-appropriate in a large daycare setting (with less direct supervision and a range of ages and abilities) and what is appropriate for the home. Waiting until your child is the appropriate age can sometimes mean that they miss out entirely, as they have “surpassed” the material’s developmental benefits.

The Melissa and Doug Jumbo Cardboard Blocks are recommended for ages 3+ and I gave them to Ella just before she reached 2.5 years old, but she could have received them a lot younger — I would say as soon as children stop mouthing objects (as they are cardboard and would possibly disintegrate), they could have a lot of fun with these! I don’t think we missed out too much, as even 6 year old Mr. R has fun with these blocks, but it was definitely a good reminder to check things out for myself!

The blocks are sturdier than I expected as they are “reinforced” with internal “trellis” folds. I purchased the 24 piece set and while the kids love them, I don’t think they are enough of them to be versatile in the building options, but the 40 piece set would have taken up quite a bit of room when we were living in an apartment.

The intricate folding system, which is easy enough once you successfully fold one (or if you’ve got a natural “builder” intelligence) is great for the sturdiness, but setting up 24 blocks took me about 15 minutes, so I wouldn’t want to be constantly unfolding and refolding them up to reduce the amount of space that they took up. 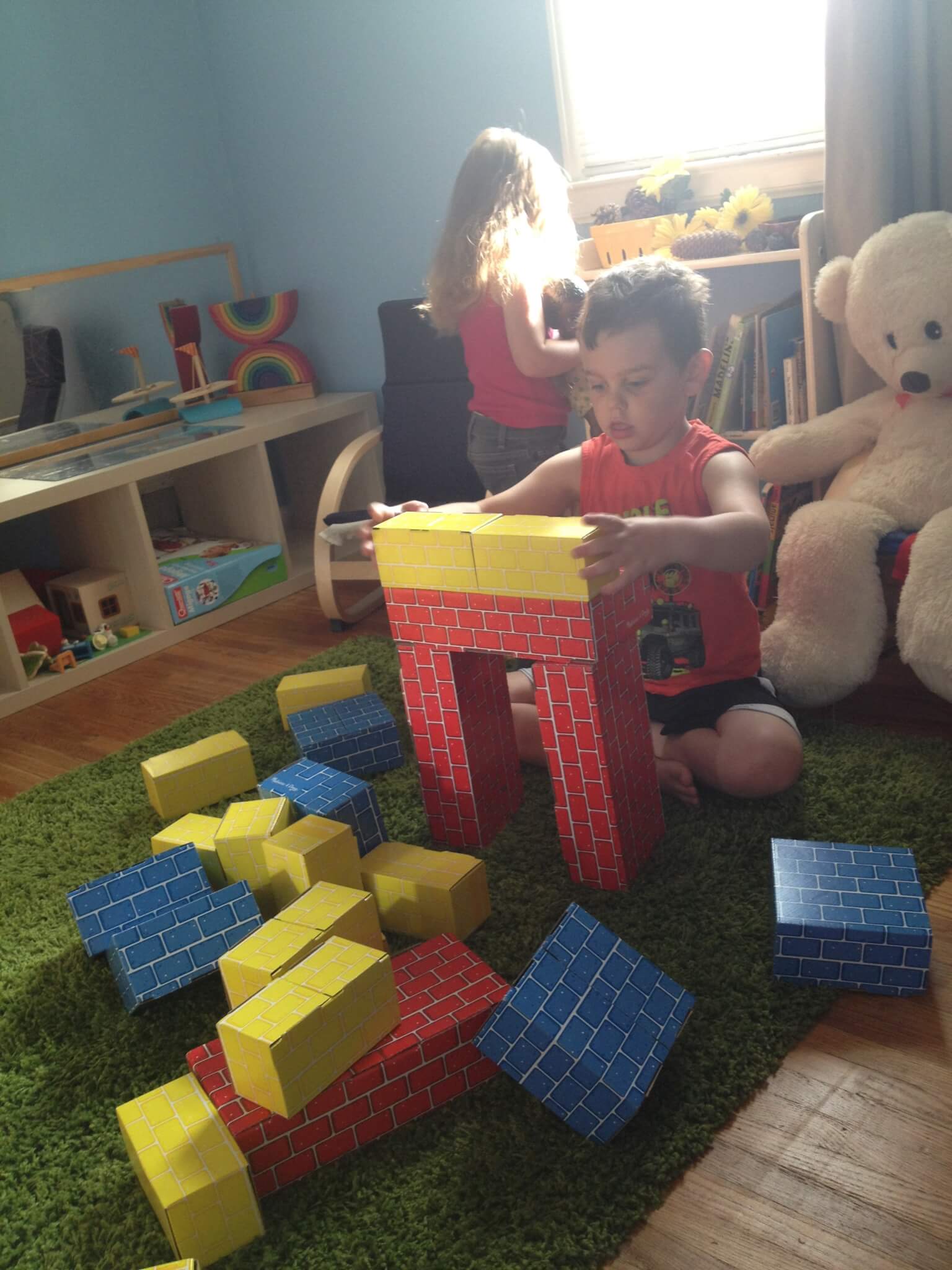 For a child just starting to experiment with building, or for an early toddler, I would think that the 24 piece set would be a good start. It’s enough to understand the different properties of different block types and help children understand which materials are best suited to which activities, and they are less tricky for little hands than smaller blocks. They can be stacked, laid in a line, or used in imaginative play.

If you had the extra room to spare, I would go for the 40 piece set (maybe even two sets!). I could see them lasting for years as long as children didn’t try to step on or climb the blocks. (While they could withstand falling and throwing, ours have been stepped on several times and you can definitely tell.) 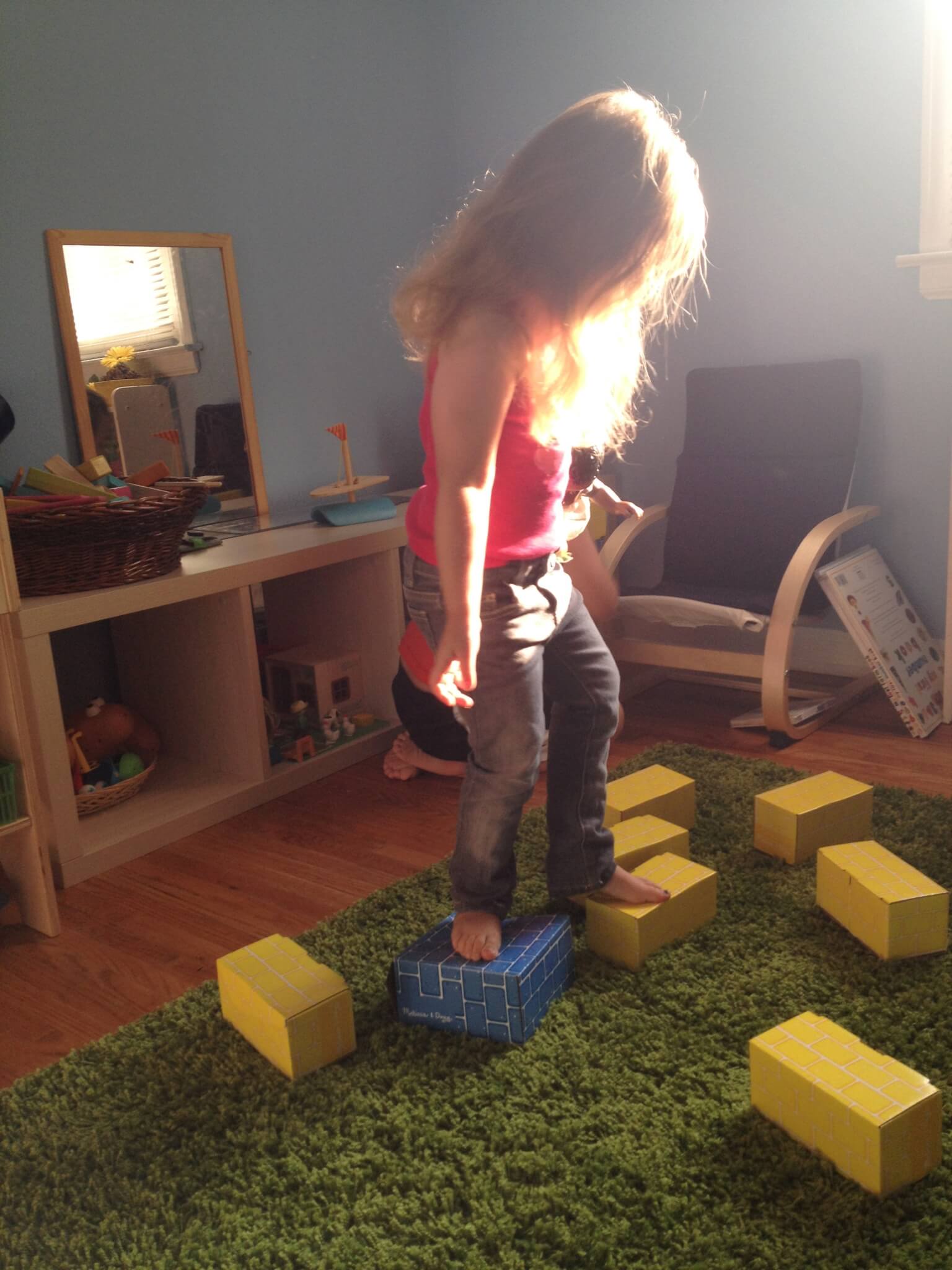 With a bigger set, the opportunities for exploration expand: 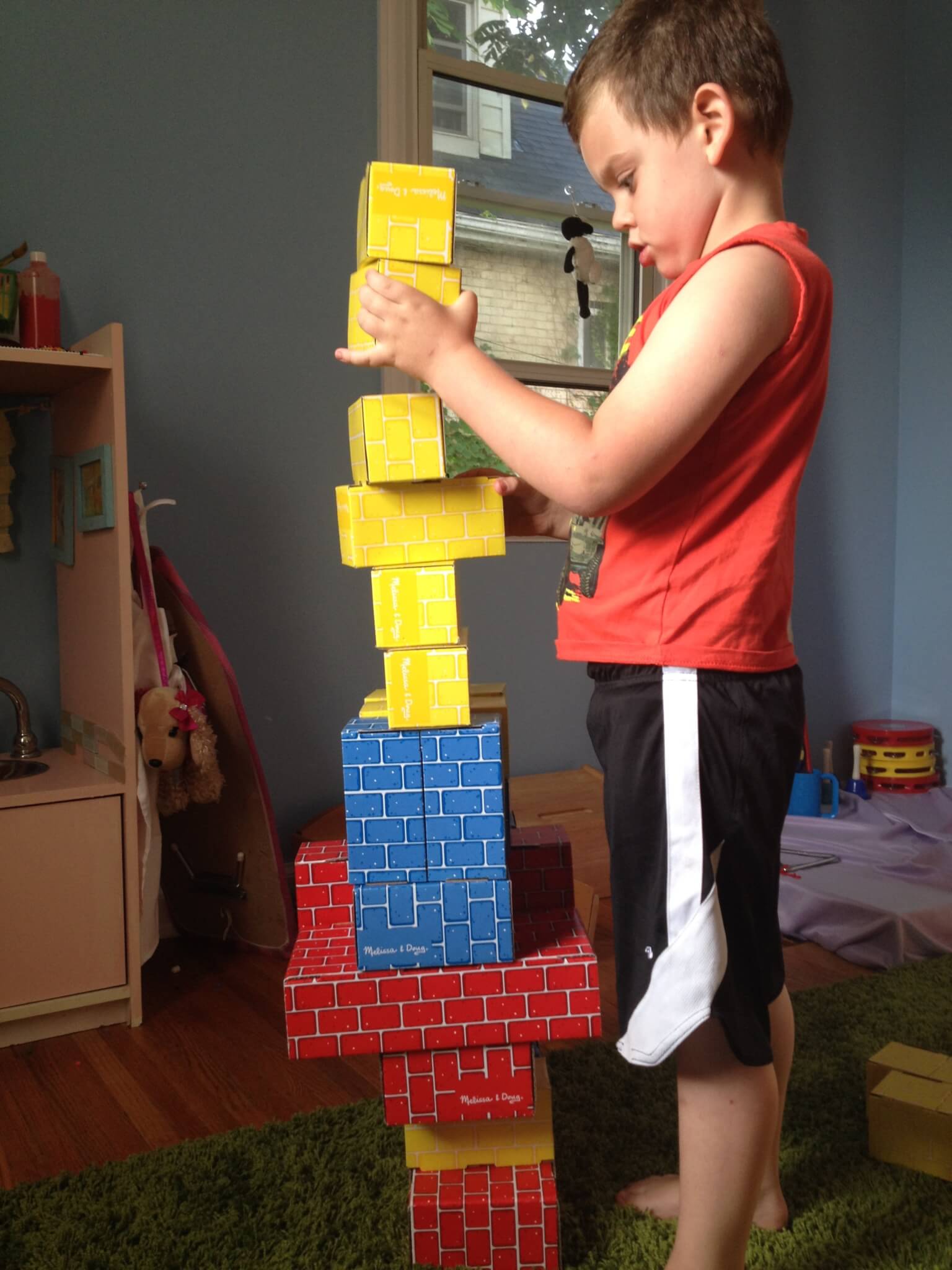 There is the option to DIY these blocks, which I briefly attempted. You could easily sit down with a movie and bang out 40 of these and then either leave them for the children to decorate or cover with some pretty (scrapbook) paper. If you’re curious, this is a basic pattern that I came up with: 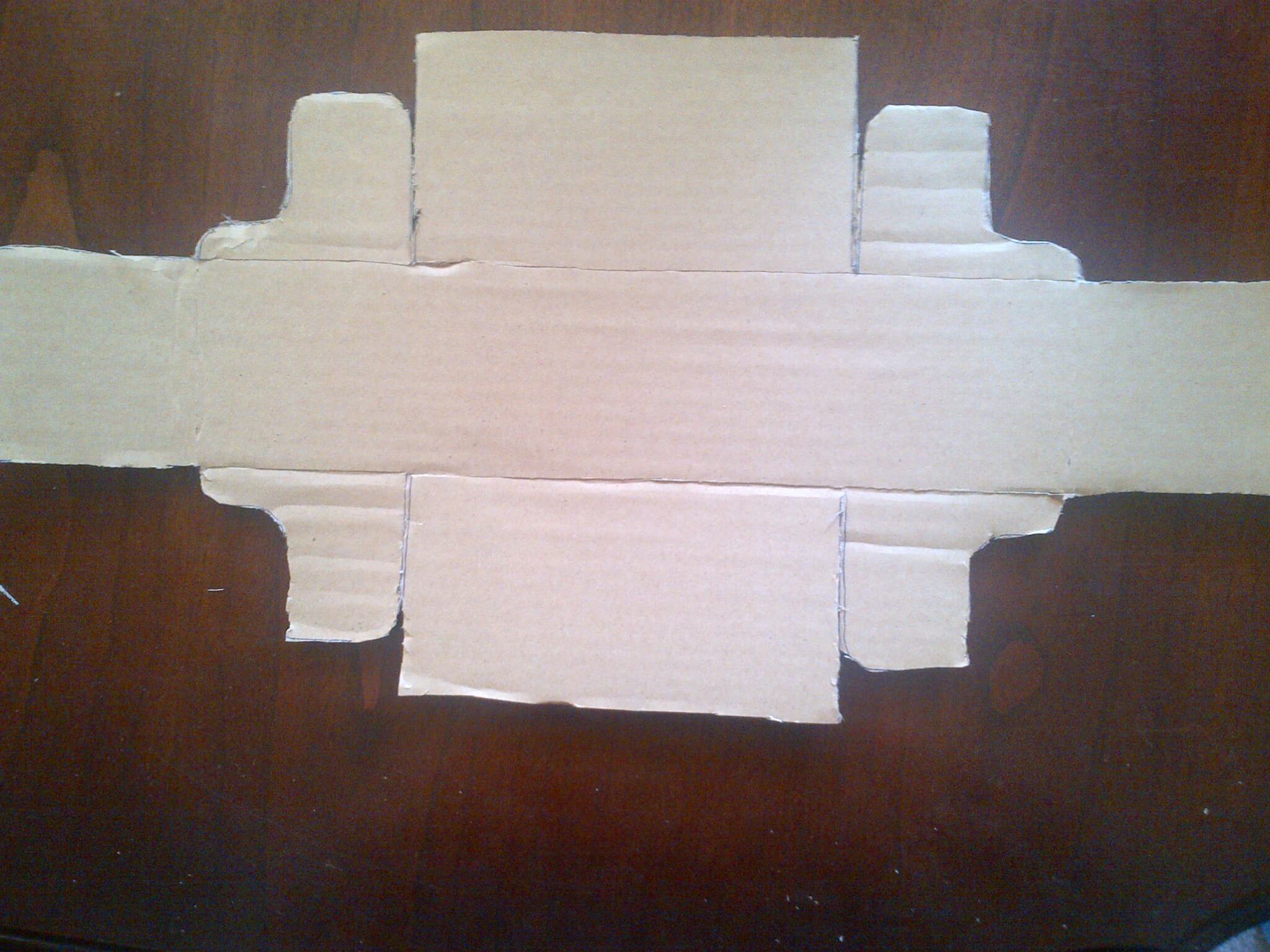 What do you think — are these blocks worth the space investment for you? Do you think your kids would have fun building small houses, or do they prefer smaller, more intricate structures?