A traditional Waldorf story tells how the apple got its star. There are other versions which describe the apple as a little red house which holds a star, which might be fun when paired with making a homemade “apple lantern.”

Here is our version of the Waldorf Apple Story, How the Apple Got It’s Star. 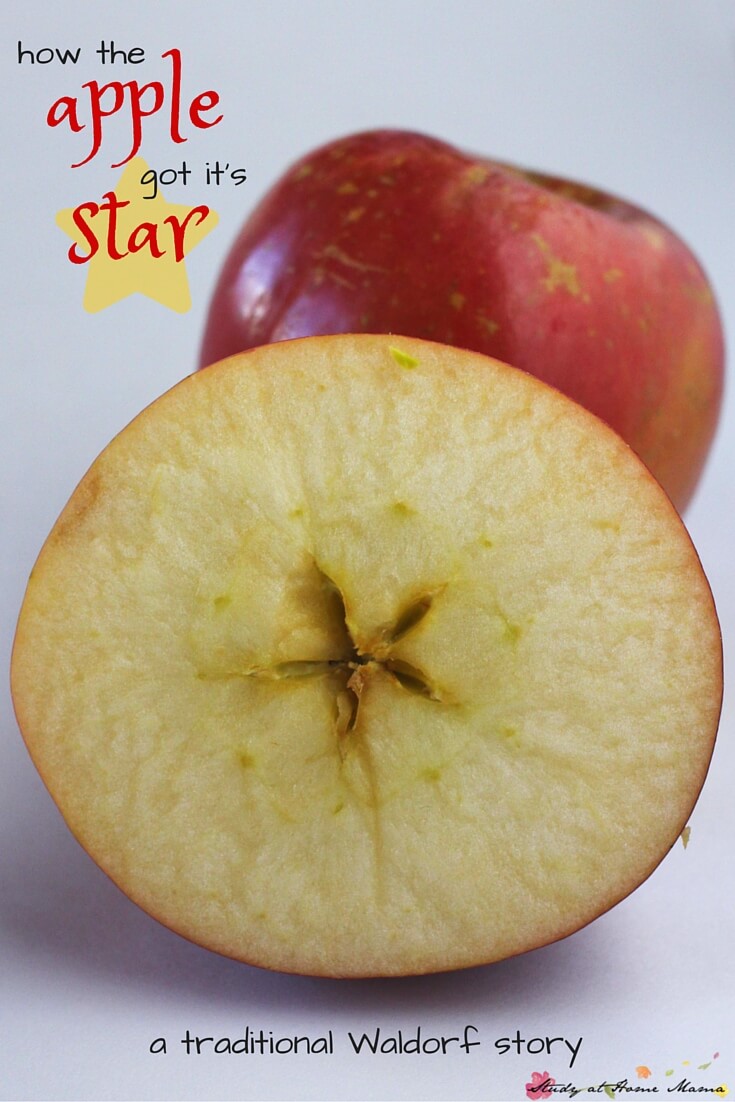 Once upon a time, a very long time ago, the world only had one apple tree.

It was just a baby apple tree, a seedling with small roots and no branches to speak of.

But as much as the great apple tree stretched, it still could not reach the stars.

The great apple tree cried, “Oh, star fairy, I want to touch the stars! But I am way down here and they are way up there!”

The star fairy thought for a moment and said, “Great apple tree, I will bring you back a star, but the stars live very far away so it will be awhile before I return.” And with that, the star fairy flew back up into the sky, leaving the great apple tree in wonder.

With spring, the great apple tree had beautiful green leaves and pink flowers, but still could not touch the stars.

And then with summer, the pink flowers grew turned white, just like the bright stars, and began to turn into tiny apples, but the great apple tree still could not touch the stars.

And then with fall, the tiny apples grew bigger and bigger and bigger… until they were ready to eat! The great apple tree was so proud of its apples that it forgot all about the stars, until one day when the star fairy came back.

“I brought you a basket of stars,” said the star fairy, “but your branches are full of apples! How would you ever hold them?”

“Oh, thank you, Star Fairy,” exclaimed the Great Apple Tree, “but I no longer need the stars. My apples fill up my branches and are so pretty, I couldn’t bear to part with them.”

The Star Fairy thought for a moment and then said, “I will give each of your apples a star, hidden deep within, and every time a child cuts open an apple, she will see a beautiful star!”

And with that, the Star Fairy touched her wand to every apple and planted deep within it a star.

To this day, whenever you cut open an apple, you will find a star buried deep, waiting for you to discover it.

This Waldorf Apple Story is the perfect story to tell before initiating the Montessori apple cutting work, or introducing the yoga positions for sun salutations, star pose, or tree pose.

Do you like sharing traditional folk tales with your children? We also have this traditional birth story, Crossing the Rainbow Bridge and have enjoyed this beautiful collection of Waldorf poetry.

Check out our homemade scented felt apple pie and apple pie sensory bin for ideas on how to extend the apple play. 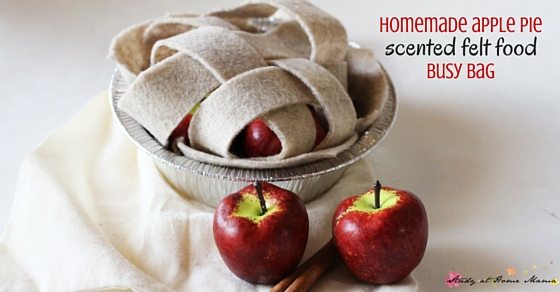