Yup, you read that right. “nnn” is for plane is the next mini-unit in our “sss is for sounds” series exploring phonemic awareness. 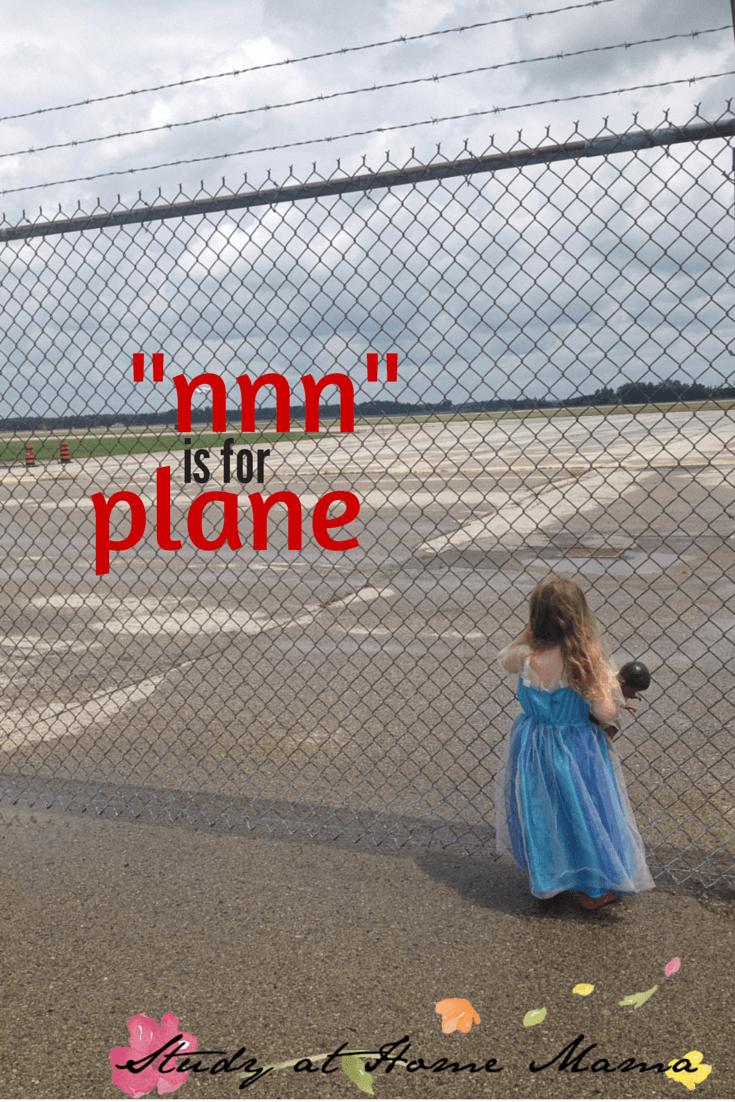 I’m a big Jolly Phonics fan and one of my favourite ideas from their guide is to have children pretend to be airplanes while making the “nnn” sound for the phoneme “n,” which helps ensure that children don’t resort to the “na” sound that many mistakenly associate with “n.”

To start off with, we read a couple of plane-themed books and then passed around the “n” sandpaper letter, which each child traced while making the “nnn” sound. I asked them if they knew anything that made the sound “nnn” while stretching out my arms to make “wings” and they all quickly guessed “planes!”

The older children made this awesome popsicle stick airplane, but of course I didn’t get any pictures!

All of the children experimented with making paper airplanes. Some children were content to make the standard tri-folded versions, while some of the others got really into it with paint, scissors, and glue! I encouraged them all to make “n” shaped windows, to really bring in that Oppenheim-Gillingham practice. 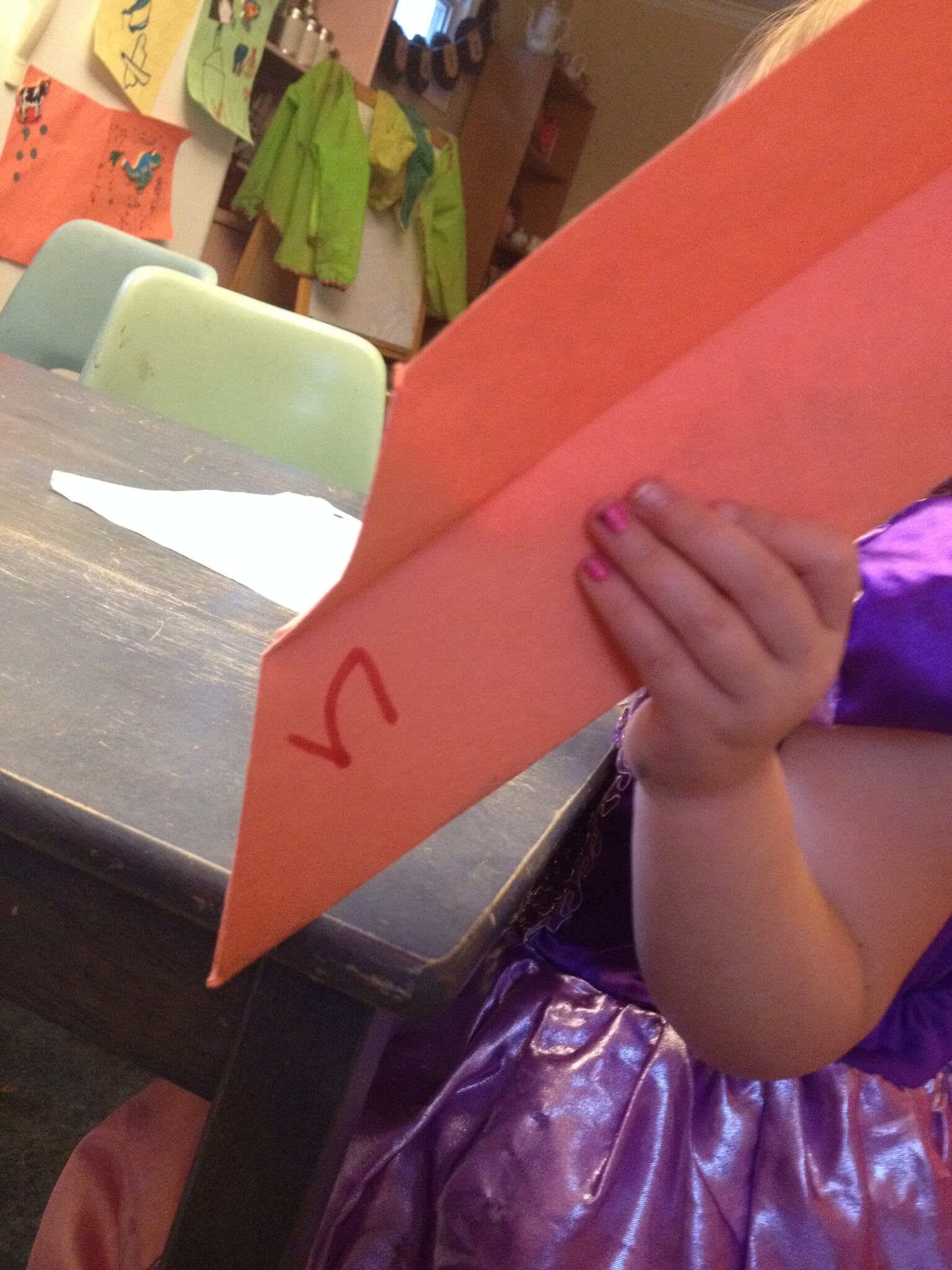 As a bit of a science experiment, we took the planes on a short flight in the living room and I encouraged the kids to compare how they all performed and hypothesize as to why that might be. (I loved how the two stages of this activity incorporated fine motor with the folding of the paper, and gross motor with throwing of the airplanes.) 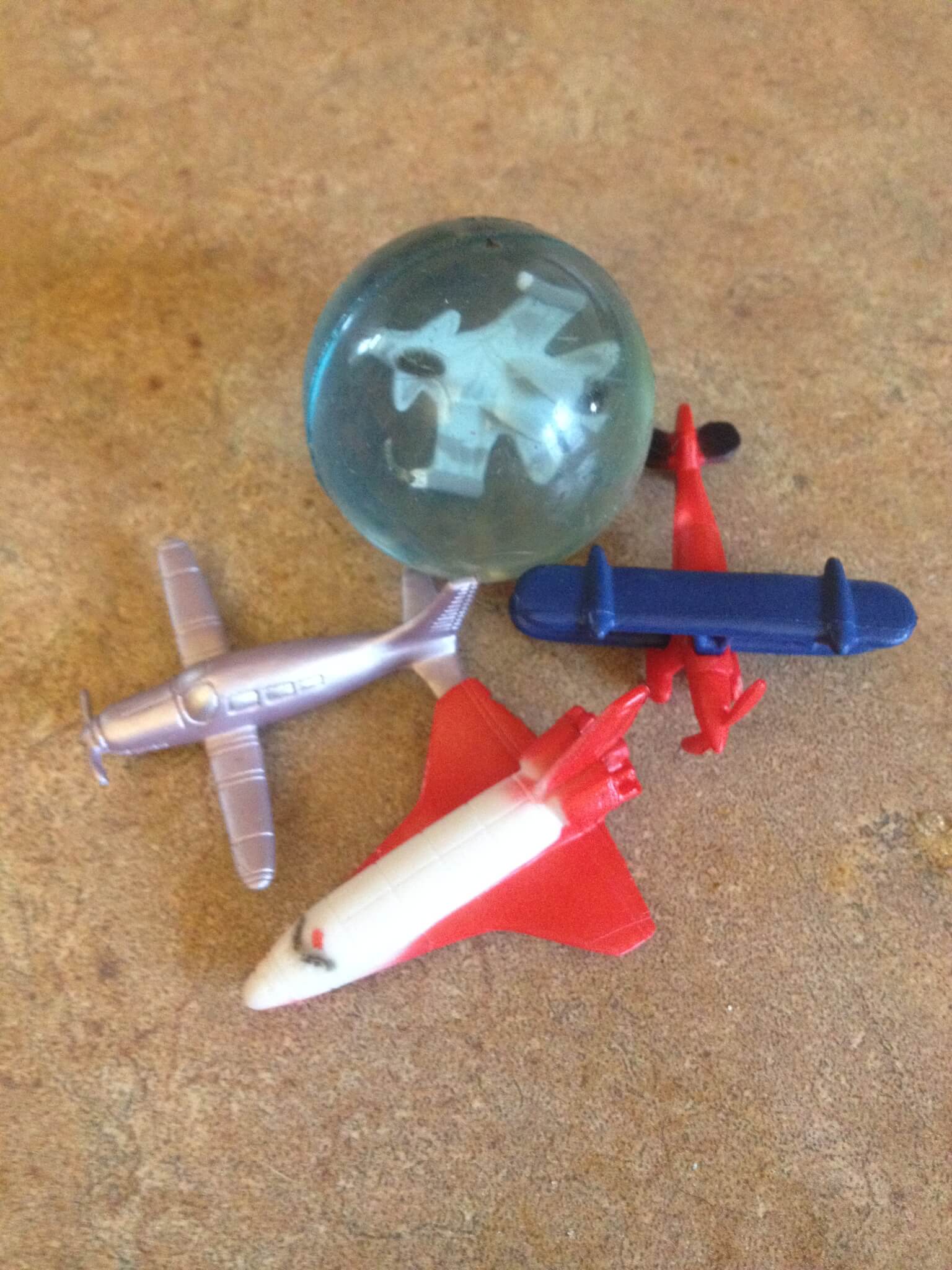 We bought some miniature airplane figures and while all of the children enjoyed pretending to fly them, I also encouraged a game of “jacks” with a airplane ball and the mini-airplanes to encourage coordination (bounce the ball with one hand and scoop up the planes with the other). I tried to encourage them to pick the planes up in increasing amounts. 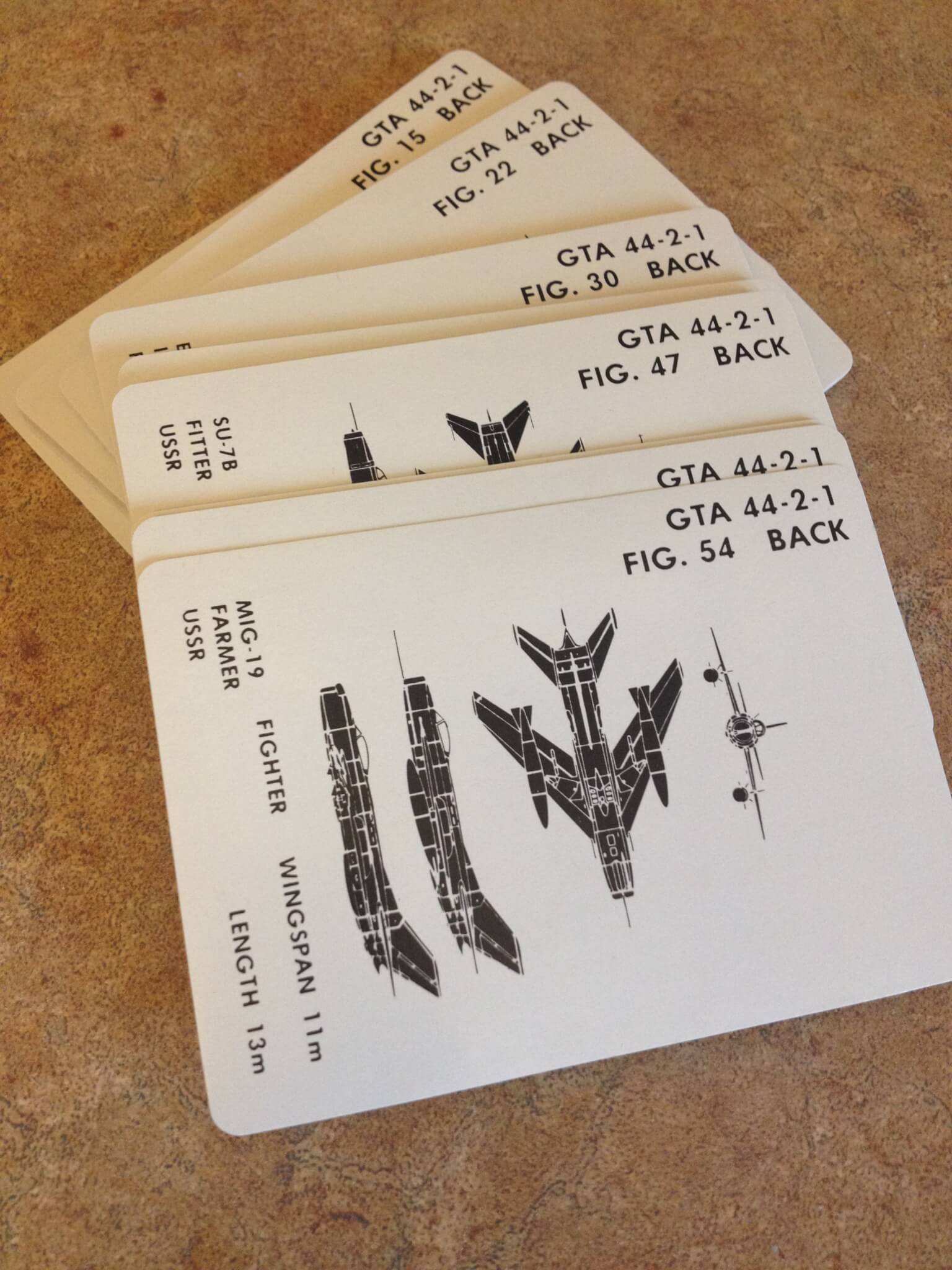 Mostly for the older children, I found these awesome airplane playing cards that show different plane models and parts of planes. I love that this set was black and white so that the children really focused on the details of the cards. They used the cards in a variety of ways — just observing, matching like cards, and also playing games! If you weren’t able to get a similar set, Montessori Print Shop has a set of Air Transport cards available for 99 cents and the Pinay Homeschooler has this free set!

We’re lucky to not only have an airport in our town, but also an airplane museum! I had NO IDEA that we had one until we visited the airport, and it’s not like we live in a big city, so ask around — you might be surprised what is hiding around your city! 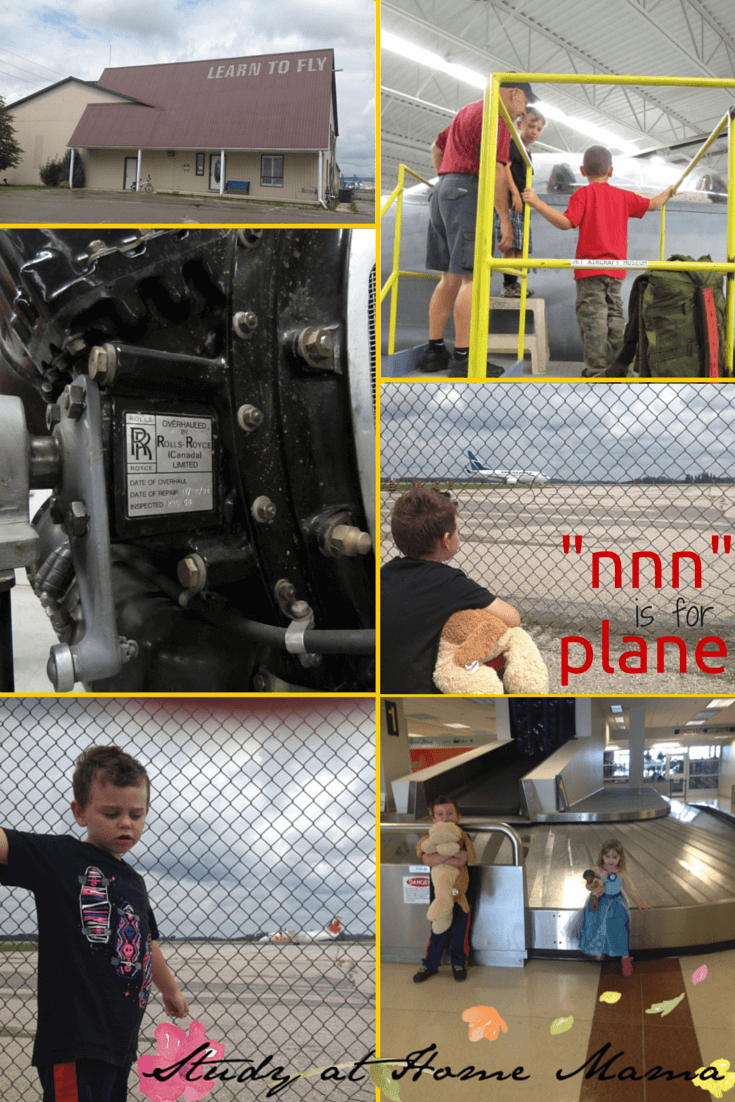 What do you think of our “nnn” is for planes mini-unit? What activities would you add for your own “nnn” exploration?