We love sensory play, and it’s even better when that sensory play incorporates as many of the senses as possible!

We recently made this awesome Frozen slime, and after playing with it on a tray for a bit (and assuring myself that it would not stick) we decided to try it out on the light table — and I’m so glad that we did! 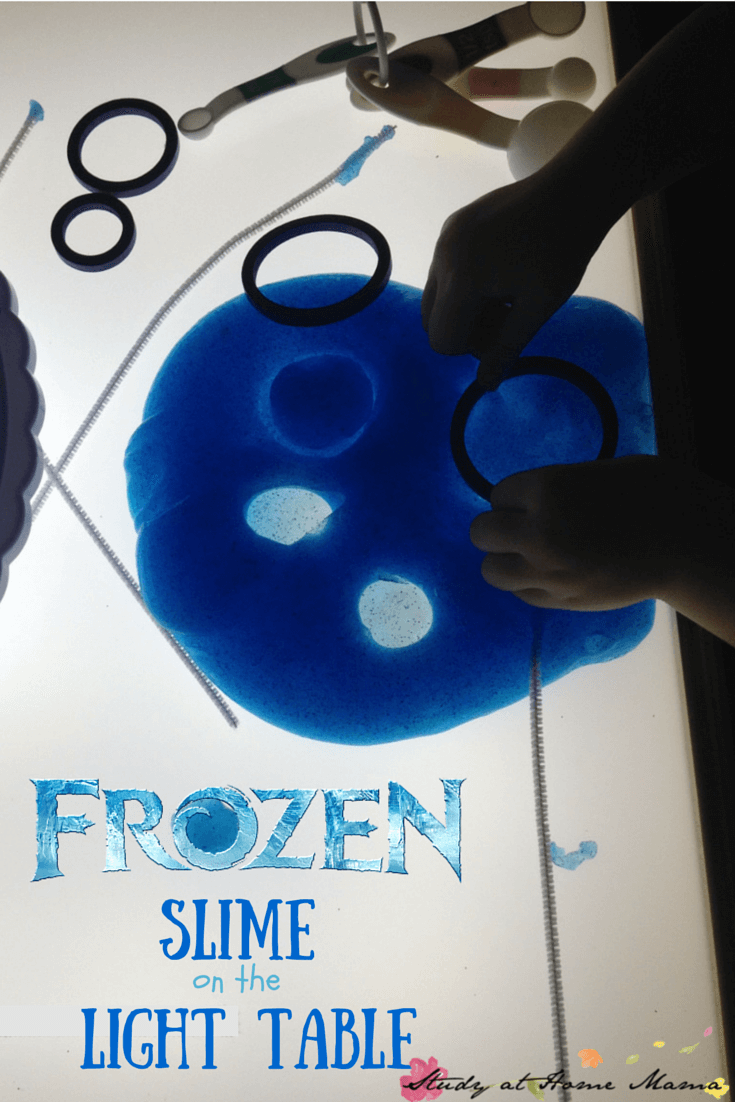 Our Frozen slime recipe makes a pepperminty, glittery slime that is naturally cool to the touch and stretchy without being sticky — and makes funny noises when squished!

I used a “lazy Susan” (or cake turntable) from the dollarstore to set up a Reggio-inspired provocation on our light table.

Before we get to the recipe, I had to tell you that it’s finally here! I wrote The (Ultimate) Slime Book oozing with over 50 pages of stretchable, squishy sensory fun – including a year of seasonal slimes, edible slimes and unique ways to play with slime. Click here to get more details.

It was really interesting watching Ella interact with the Frozen Slime, first on it’s own, and then with the various materials, and then, ultimately, seeing how she could manipulate the slime (and materials) to also incorporate the light in her designs. 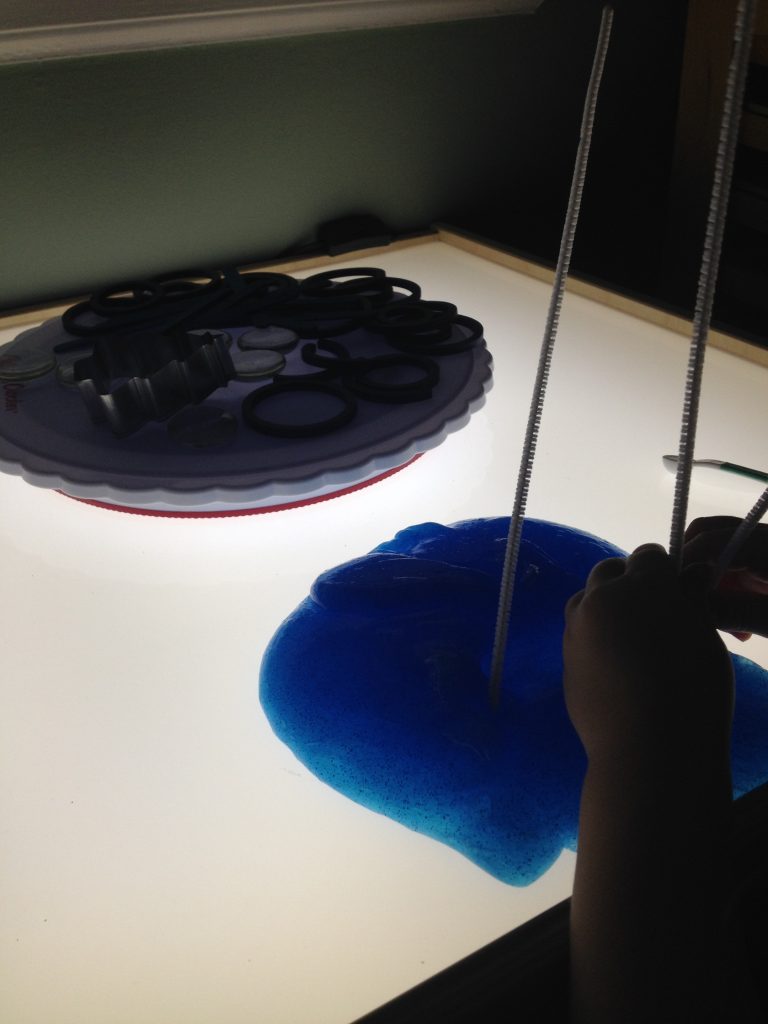 The pipe cleaners also tore away pieces of the slime when they were removed, but the slime quickly filled in the gaps. 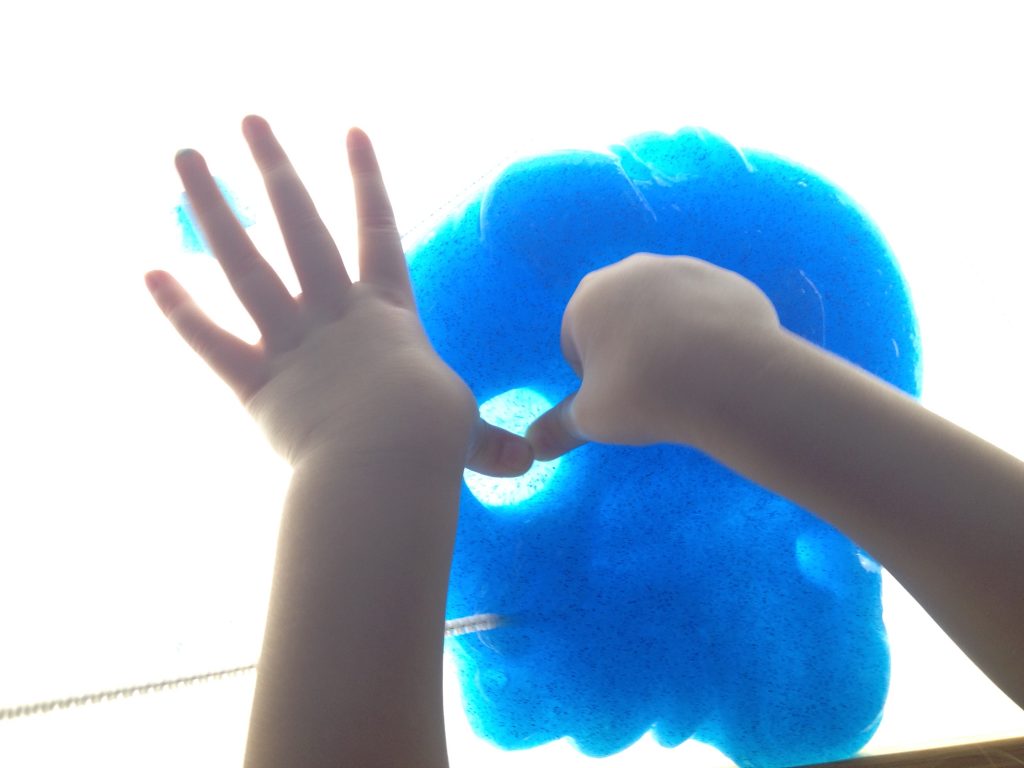 These clear glass stones were smooth and made a fun “gushing” noise when pushed into the slime.

They acted like a magnifying glass, making the individual pieces of glitter bigger and amplifying the light throughout the slime.

Unlike the pipe cleaners, the stones could be removed from the slime without bringing bits of slime with them. 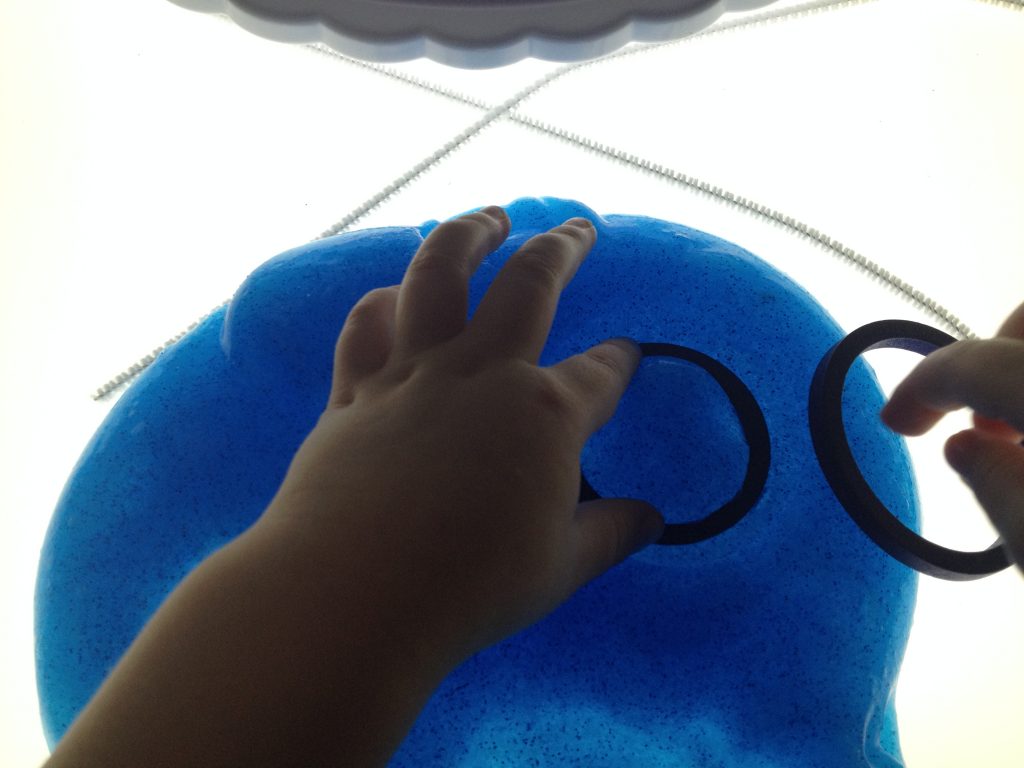 Then we started using the cookie cutters to make designs, and the wooden circles to make fractals!

(Fractals are objects whose parts look like it’s whole – check out our post on Frozen Fractals: Build Emotional Intelligence and Social Responsibility for some examples of fractals.) 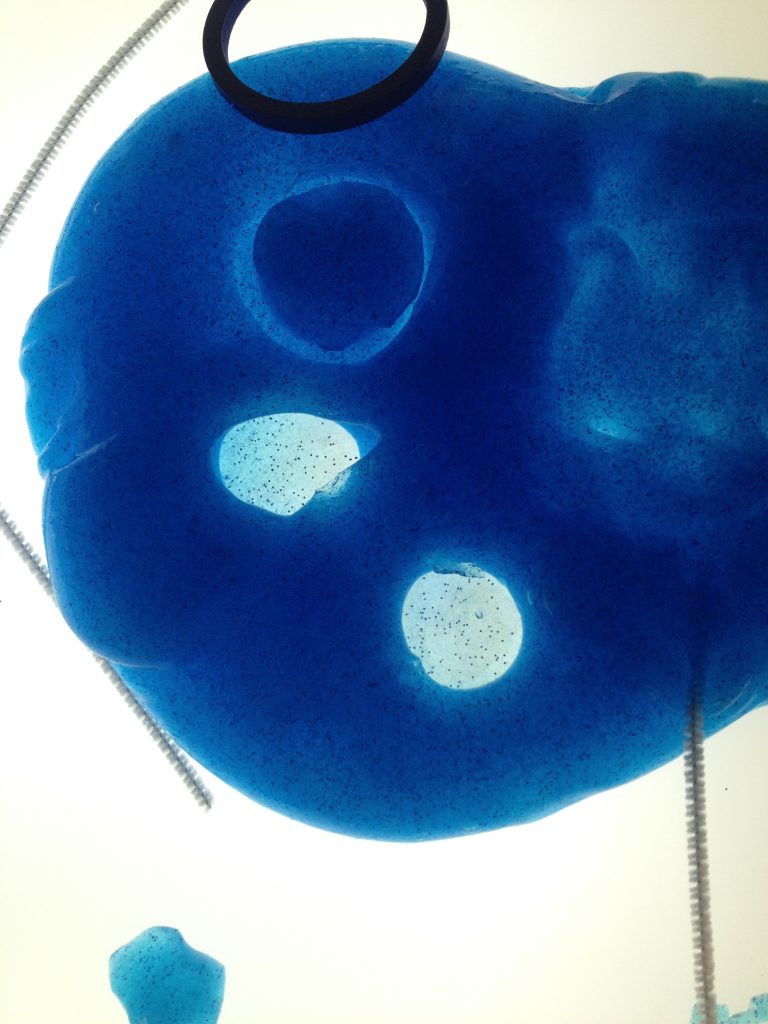 With the circles being hollow, they were easier to push into the slime than the stones.

We also used different hand muscles to push the materials into the slime – sometimes our thumbs, sometimes our fingers, sometimes holding objects (like the pipe cleaners) with a closed hand, and sometimes using our palms to push objects flat. 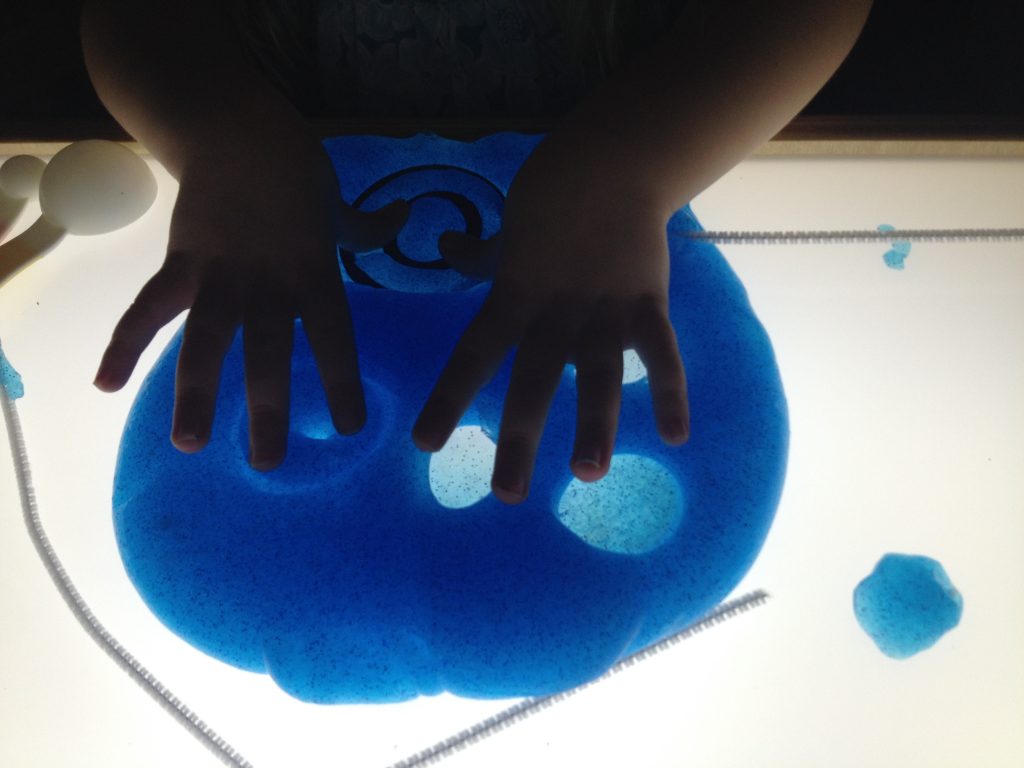 It was incredibly easy to clean the slime off of the light table, but Ella had to put a bit of pressure on the table when pushing the objects into the slime. This would be okay for a sturdy DIY Light Box or our sturdy Whitney Brother’s Light Table, but I would be too nervous to do it on a flimsy box or sensitive light panel.

This was an amazing sensory experience and Reggio provocation on the light table, and we’ll definitely do it again.

Make sure to pin this Frozen Slime on the Light Table idea for later, and check out our other Sensory Play ideas!