Ella loved the pumpkin spice oobleck we made recently, but it is kind of a one-time use sensory activity for kids, so I thought we’d try our hand at a pumpkin spice play dough! 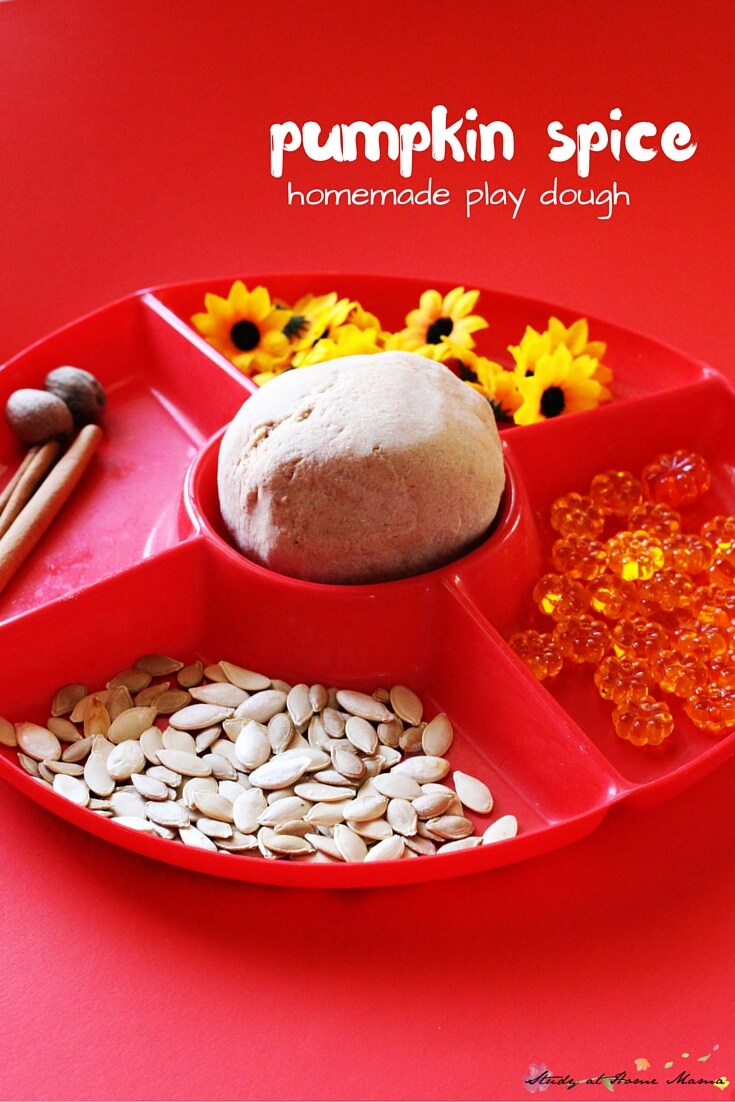 We’ve made this pumpkin spice play dough twice now, with a slightly different recipe each time. One version uses real pumpkin puree, while the other just uses pumpkin spices and leaves out the actual pumpkin.
The recipe with the real pumpkin has a slight orange colour to it, but due to the nature of having real food in it, it has less of a shelf life than the spices-only version. 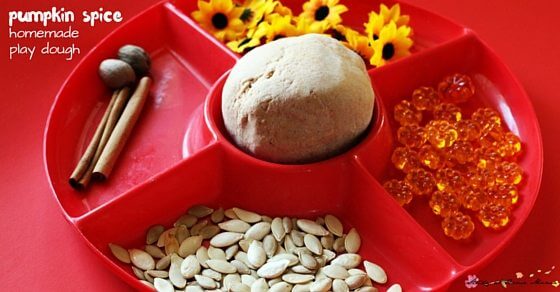 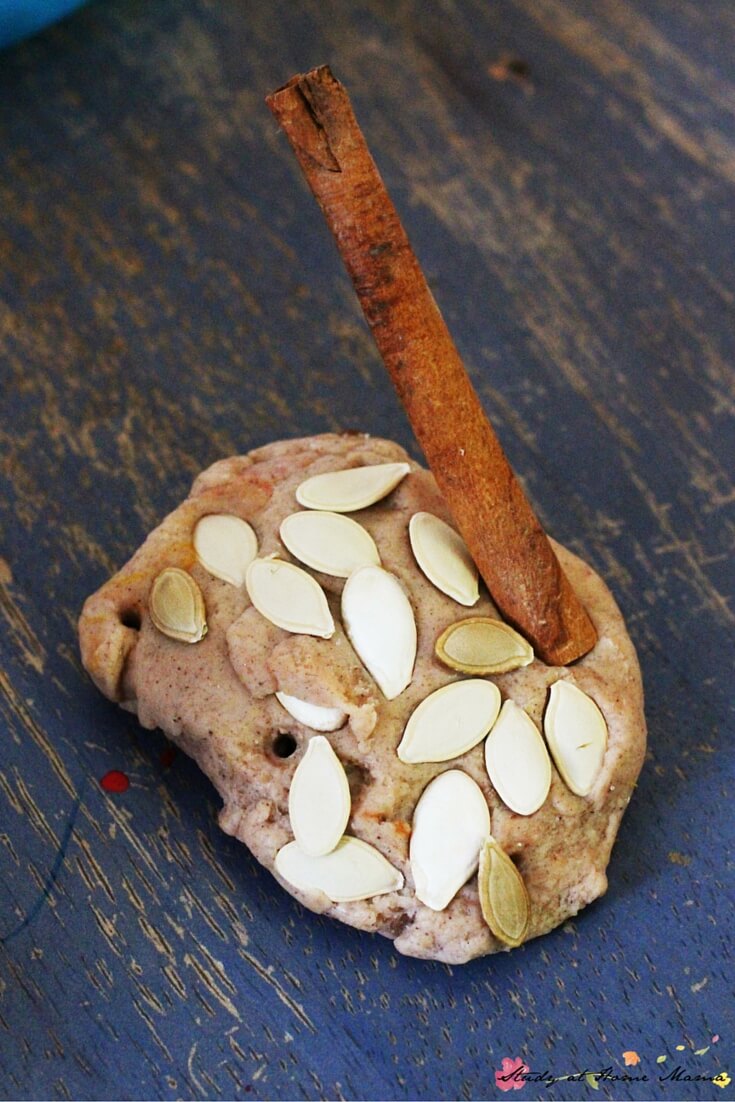 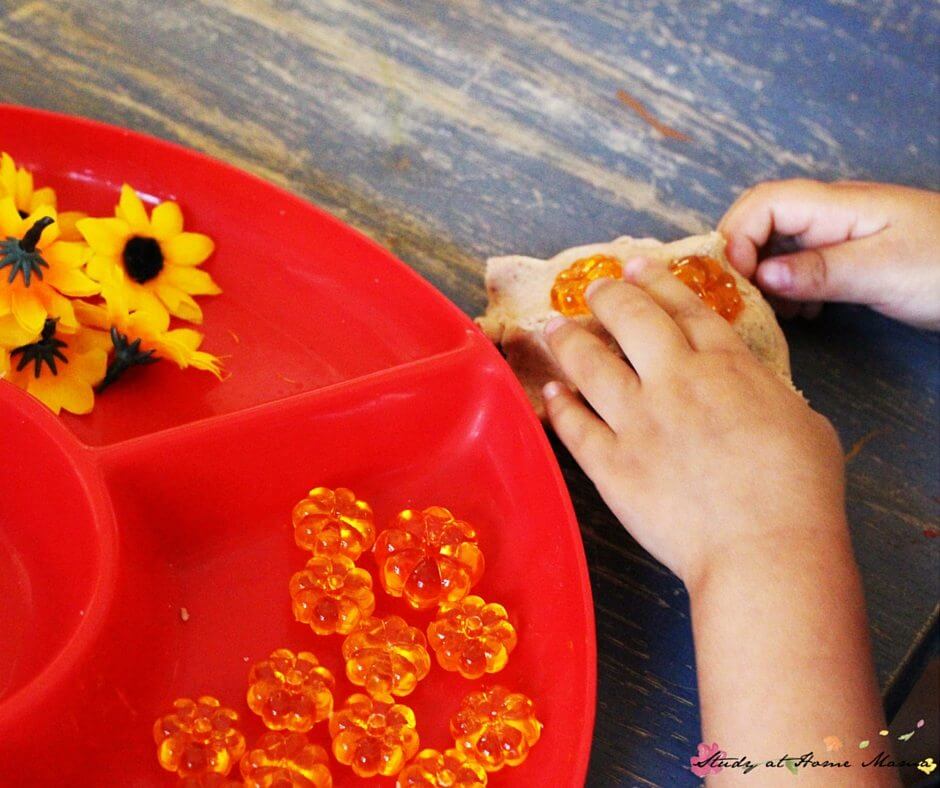 In retrospect, I wish I had added some green pipe cleaners to this pumpkin patch play dough invitation to imitate the twisting vines of the pumpkins, but the kids still had a ton of fun with the invitation as it was set up. 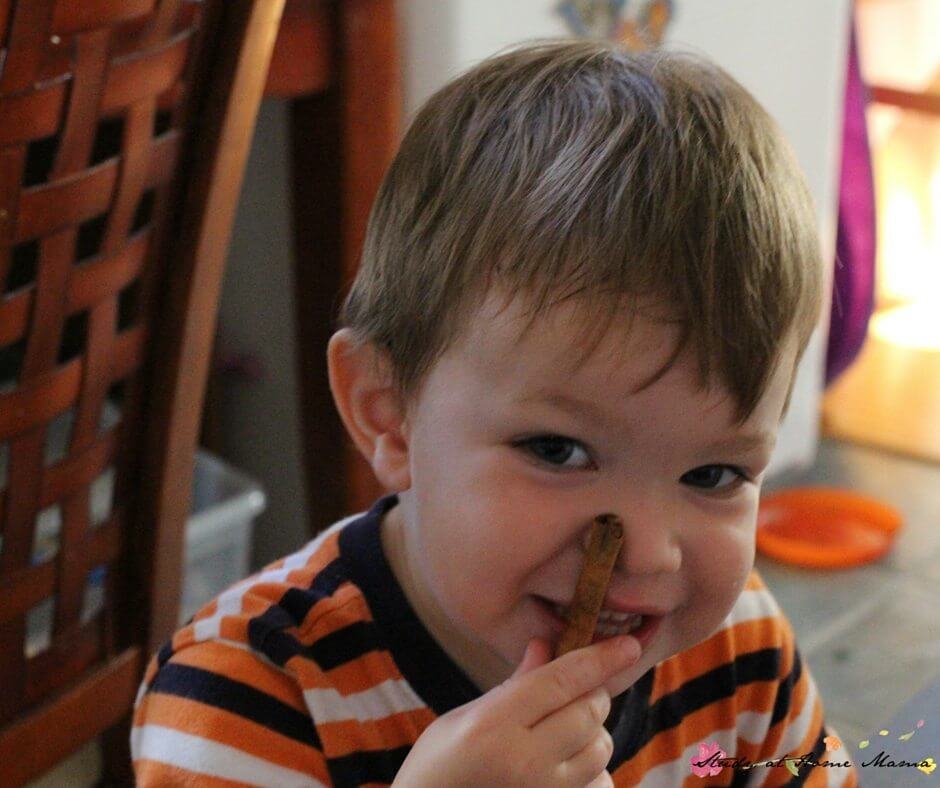 I love adding the whole versions of spices or scents that we add to our play dough – like offering a whole vanilla bean with a vanilla buttercream play dough. 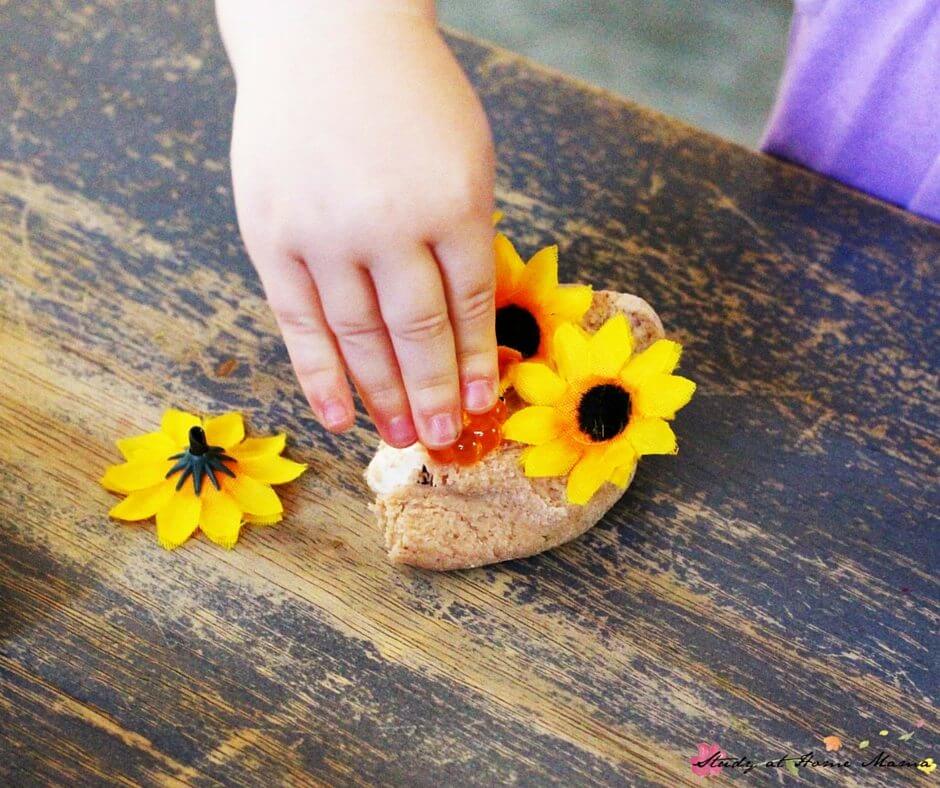 I loved all of the little scenes that the children made with the pumpkin spice play dough, planting their flowers (reminiscent of our garden clean mud sensory bin) and pumpkins to make mini-pumpkin patches, making patterns with the seeds and the imprints of the pumpkin grooves.
We used lots of descriptive language to describe the fall scents, colours, and textures that we experienced while playing with the pumpkin spice play dough. With older children, it’s also great to encourage them to make connections to where they may have seen, smelled, or experienced those same sensory inputs before – which is a great memory building activity that strengthens their neural pathways. 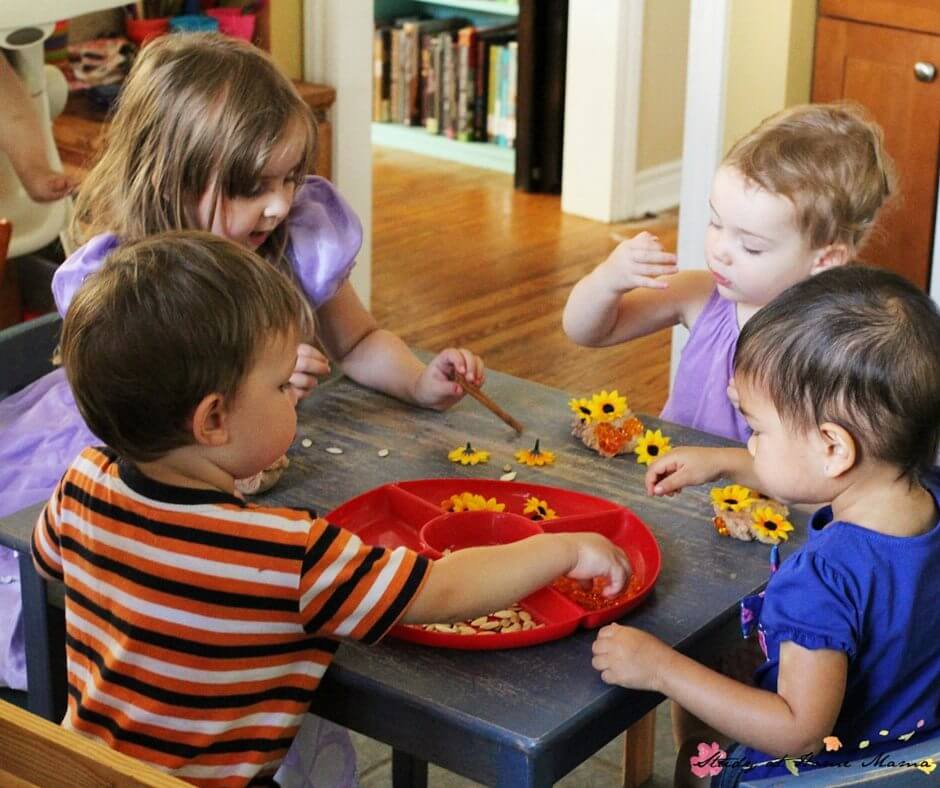 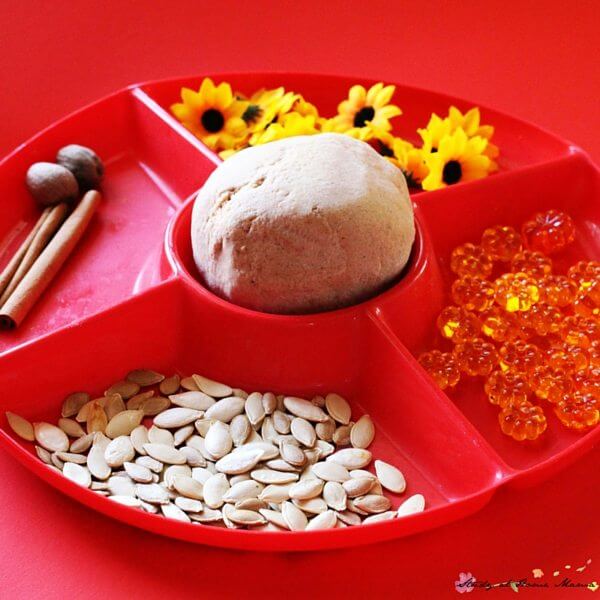 Be sure to check out our other Sensory Activities for Kids and Homemade Play Dough ideas!