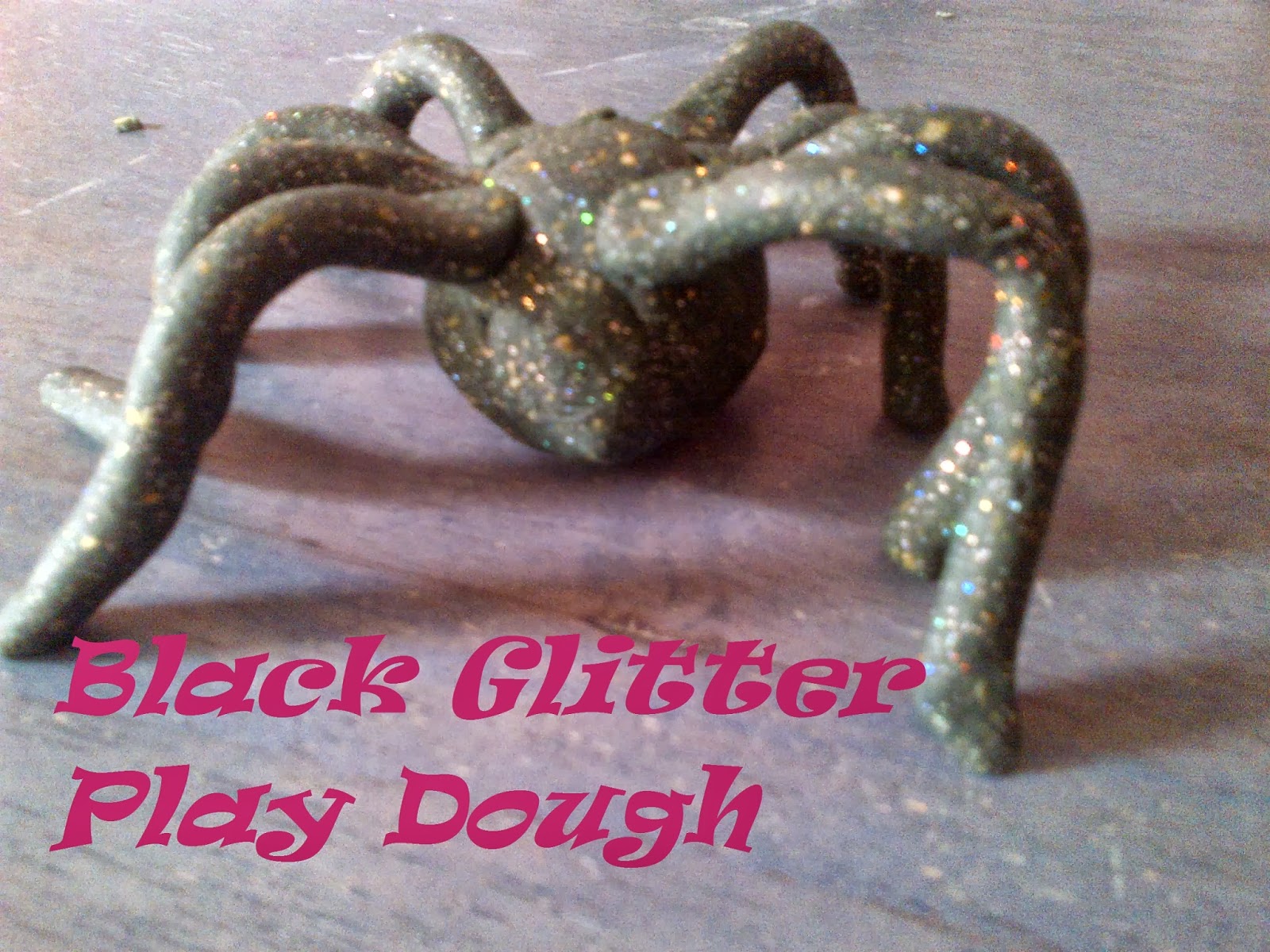 So there was this time that I didn’t “lock” the art cabinet (and by lock, I mean twist an elastic band around its handles), and Ella took full advantage at the opportunity to access some loose glitter.

I was lucky in that it was not Ella’s first time handling glitter, so she was relatively self-controlled. But a good amount was emptied onto one of her art trays and couldn’t be placed back in the original container, so I had to come up with an immediate use for it. I decided to put it in some playdough.

We already had two coloured playdoughs prepared and in Ella’s art cart with themes that I didn’t think lent themselves well to some glitter, so I decided to experiment with some black playdough. I had always avoided black, as it seems inappropriate for playdough as it is an absorbing rather than engaging colour, but the addition of glitter resolved my quandaries about offering black playdough.

After some recent disappointing no-cook results, I stuck with my “safe” cooked playdough recipe, but still did not learn my lesson with the whole wheat flour. It worked out in this situation, as I didn’t make the black playdough “always accessible” as there were two other selections and I was concerned about black playdough flaking off and ending up in the carpet, and also because the dark colour and glitter somewhat hid the small brown flakes that the whole wheat flour left throughout the dough. I now exclusively use all-purpose flour, unless doing a flour-less recipe, like my Marshmallow Playdough.

If you have never dyed a food product red or black before, you should know that it takes a lot of food dye. My dough ended up having a slightly bluish undertone; perhaps if I was missing to spend a whole bottle of black food dye on the dough it would have turned completely black, but I wasn’t and I liked the warmth the blue tone lent the playdough. (As it was, this recipe took about about 1-1.5 tsp of black gel colouring.) 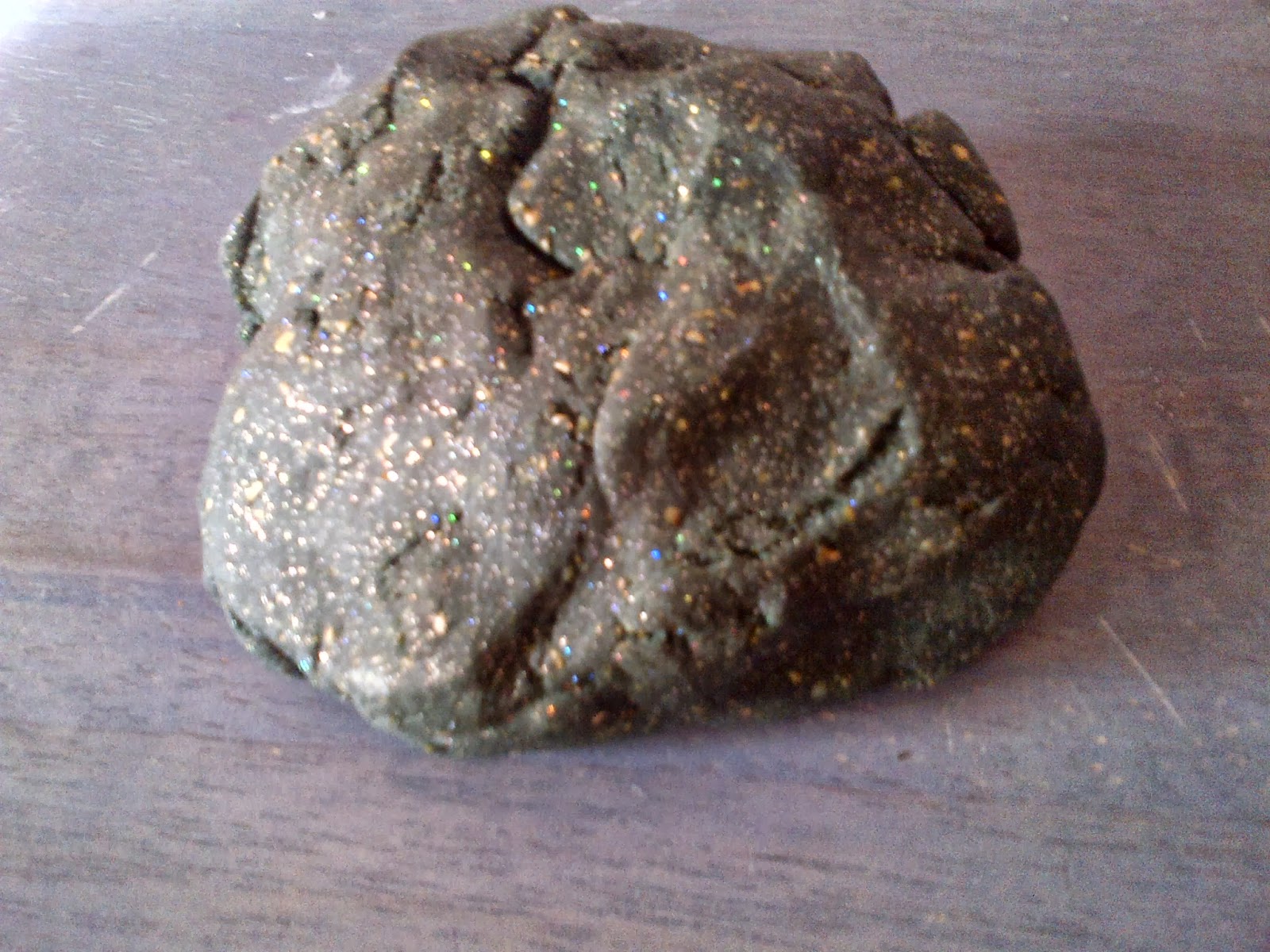 I wanted an uplifting scent to pair with the dark playdough, and would gag at the scent of black licorice, so rose water seemed to work!

I cooked this over medium heat, while stirring, for about five minutes until the dough started to form a ball in the middle of the pan. I rolled it out of the pan and immediately began kneading. The whole wheat flour was incredibly sticky so I ended up adding an extra 1/2 cup of all-purpose, but if you use all-purpose you won’t have the same issue.  The dough was still sticky after adding more flour and more oil, so I decided to refrigerate it overnight, which helped but I would just avoid the whole-wheat dilemma altogether, if possible.