We created two winter sensory bins this week, as our snow melted and the children mourned what they all believed to be the end of winter. (I wish!)

Today, I’m sharing the one that I had the preschoolers help me prepare for the toddlers, but be sure to check out our preschool winter sensory bin as well! Involving the preschoolers ended up being an awesome empathy building activity. 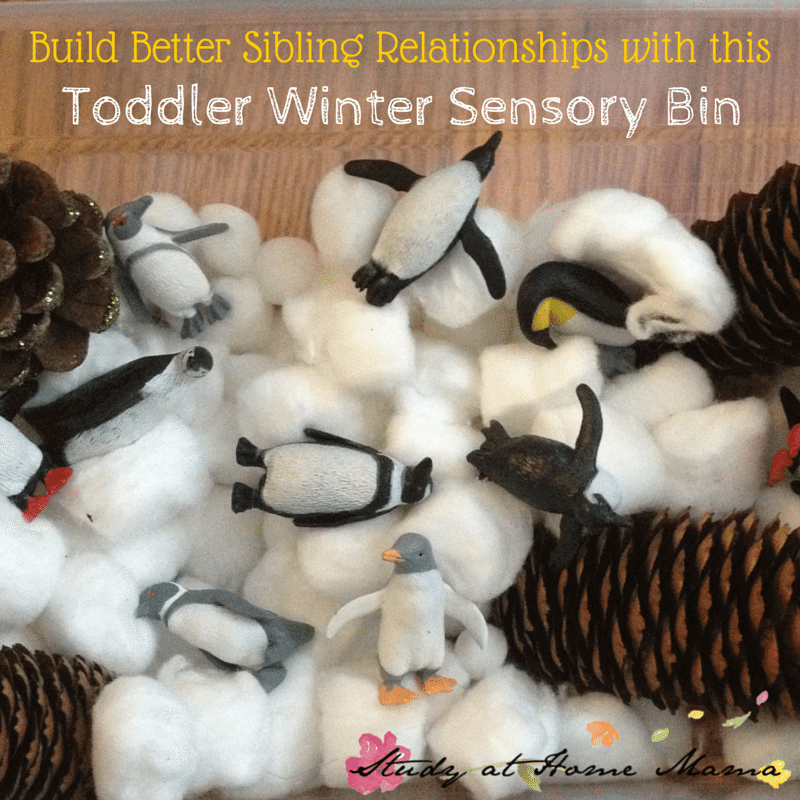 This would also be a great activity for an older sibling to do for a younger sibling.

The preschoolers worked together to come up with an idea that the toddlers would like, and were genuinely excited to see what the toddlers reactions to the bin were. Watching them work together and present their creation to the toddlers was such a wonderful experience.

Initially, we had placed all of the sensory bin materials in a taller bin, but once we observed that the bin was too high for the toddlers to explore comfortably while sitting down, the preschoolers suggested that we use a different (smaller) bin. Empathy in observing the struggle and problem solving to fix it! 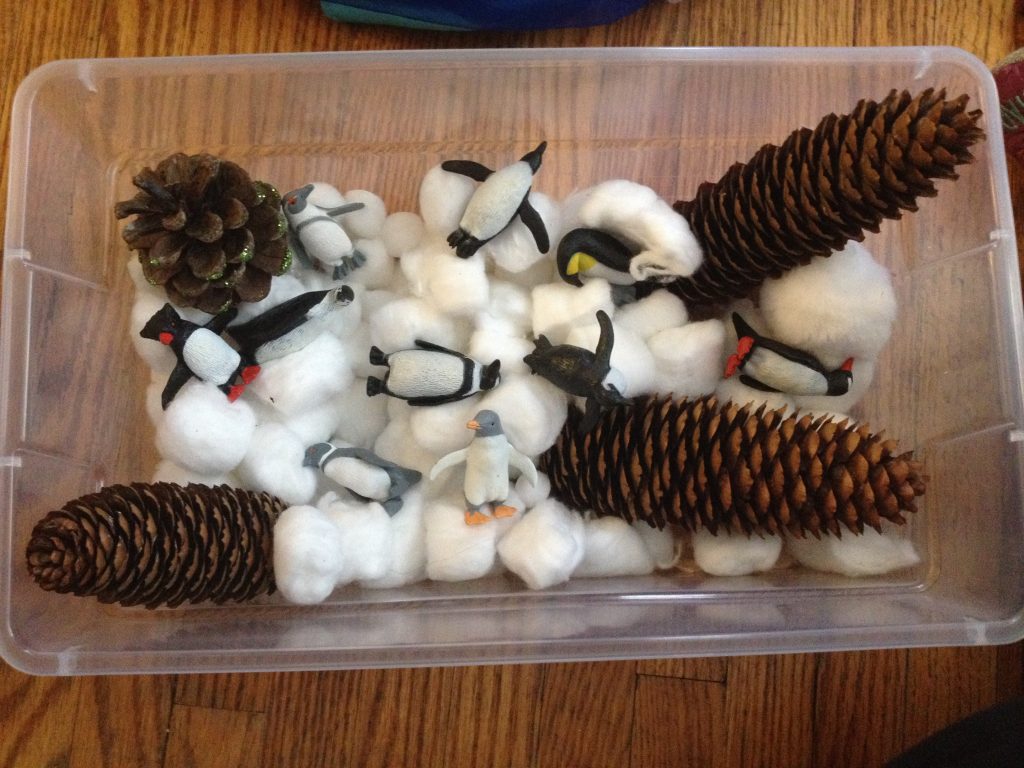 We used a mixture of cotton balls and white pom poms to create a snowy base. It would have been fun to put these in the freezer for a bit before playing, to give them an icy touch. I loved the slight contrast between the two seemingly identical white fluffy balls, and it was so fun to watch each toddler discover the difference as well.

(Miss V, our almost-one-year old was not impressed with the inclusion of the pom poms and set out to remove every single one from the bin.)

We added pine cone “trees” and I had the preschoolers all help me check to see if any of its “arms” could come loose if the toddlers mouthed them. We talked about how it was important to keep small things up because the toddlers “don’t know the choking.”

We added in our Penguin Toob and the preschoolers vetoed my idea of adding a jingle bell stick, claiming that it would be way too noisy. (Like they should talk…)

The preschoolers interacted with and watched the toddlers explore the bin. When Miss E started shredding up cotton balls, two of the preschoolers became very upset until we discussed that she was exploring and I gave them each a cotton ball to shred — they agreed that it was fun and not destroying their present.

This could easily transform into a preschool science experiment, asking them to hypothesize about the toddler’s reactions, record their observations, and draw conclusions — and that would be a great way to draw a more scientific thinker into this preschool empathy building activity. 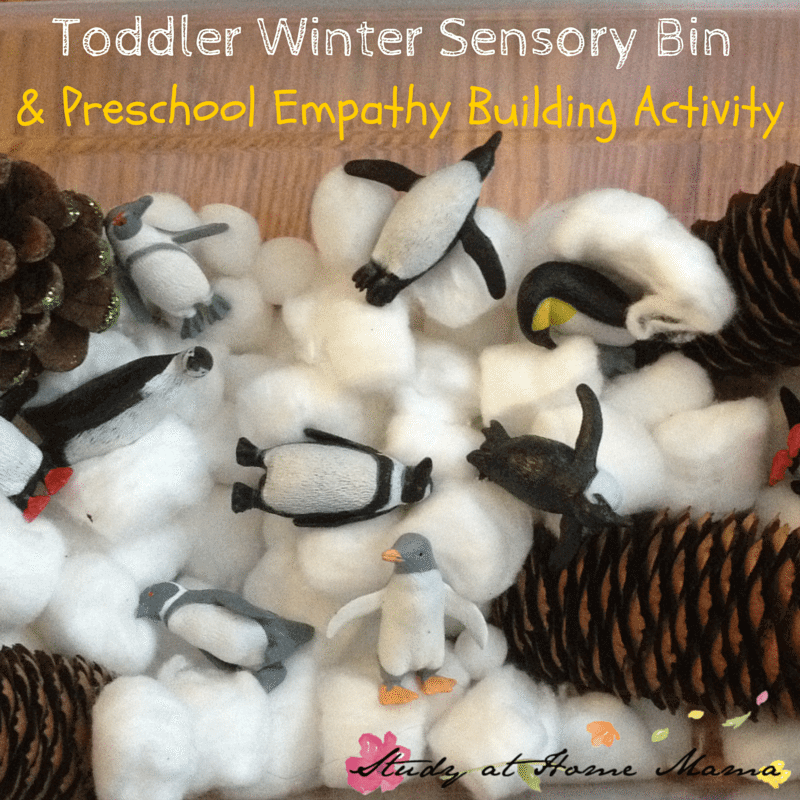 How do you build empathy in your older children for their younger siblings?