Something that has occurred to me as I continue to strive for less and move towards my own standard of minimalism (which could accurately be described as “giving up hoarding”), is that I have slowly accepted and come to terms with the cost of minimalism. 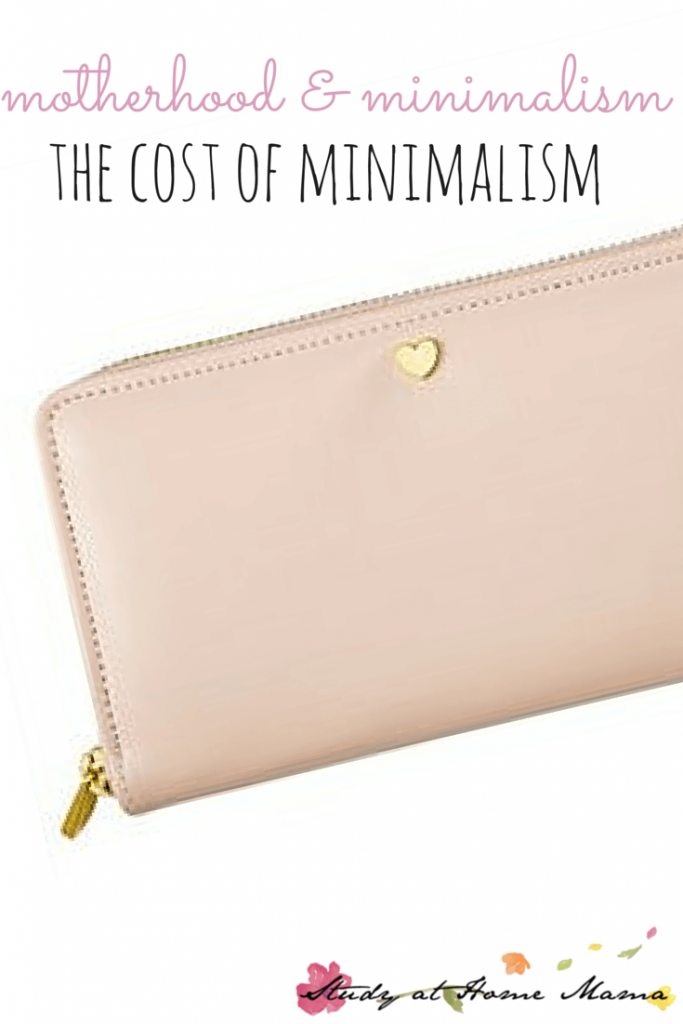 An article that I read three or four years ago suggested that people do away with anything they are not using that would take less than half an hour or $20 to replace if they ended up needing it later.

This was such an absurd thought to me at the time, when $10 was my hourly take-home rate of pay after taxes. It seemed elitist and coming from someone who must have been in a different socio-economic category from myself; how could they not see how much $20 was to so many people? Did they not see how much that standard of minimalist lifestyle would add up financially?

However, with time, I’ve noticed that all of those things that we keep around — those things that would cost money if we needed to replace them — end up not being used, or could easily have something else function in their place. In saving myself the future potential $20, I find myself cluttering my space and holding onto items that I don’t need, or particularly want.

I’m just afraid to let them go because of the money that was once spent on them, and truly, because I’d rather spend that “replacement money” on something new. It’s not that I actually think I won’t have the money to replace the item, should the time come, I just would resent having to purchase a new spatula if I just got rid of 3 perfectly good ones three months previous in a minimalism purge.

There have already been several moments during this purge where I realize that I could have used something that I had just gotten rid of. Every time, I have this slight feeling of dread — why did I not predict that I could have used that? Why did I get rid of it? What else am I going to feel this way about? But I can honestly say, I haven’t gone out and replaced any of those things. I’ve figured out how to get the task done without that item.

It’s freeing actually. I got rid of a bunch of plastic and duplicate cooking utensils, opting instead for metal, wood, and silicone for spatulas, and fully intended to replace my “pasta spoon” with a metal version. That was over a year ago, and honestly, my multi-purpose wooden spoon does the job fine. I’d always grown up with a pasta spoon in the kitchen, so I never questioned its use or necessity. 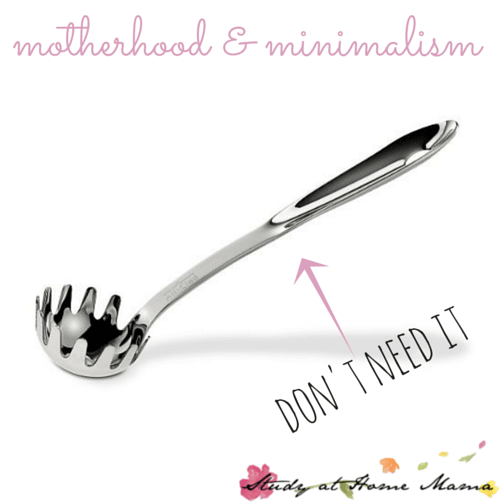 There’s also the cost of purchasing something that does several (needed) functions, and getting rid of items that serve one purpose. That could be something as simple as getting rid of all of the variations of cookie cutters, or baking pans; or maybe it’s reducing to one or two types of household cleaners. For me, buying an external hard drive to upload all of my CDs, DVDs, and pictures onto has been a space and clutter saver, though I had to invest in the hard drive and purge these perfectly good CDs and DVDs that I had spent money on that I could not fully recover.

And that is a big mental hurdle. Getting rid of items that we spent “good money” on. Accepting that we spent money on something that we don’t need, didn’t need, and moving on to a new mentality about how we purchase items and spend our money. Placing more value on our space and time, rather than money.

Yes, there is the ability to purge via Craigslist, Kijiji, eBay, consignment shops, or your standard yard sale, but only if there is a deadline in place. Holding onto several boxes of things that have ads listed is just the same as not purging in the first place. We’re continuing to hold on to the perceived worth of the items and placing the perceived value of that over and above our current values. The money is spent and done. Our choices and habits will be different moving forward, so rather than focusing on “recuperating costs” we can focus on “avoiding the trap” the next time we go shopping.

The biggest cost of minimalism is mental, in letting go of the perceived value of items and preparing ourselves for the potential replacement costs of things we are getting rid of, or the costs of upgrading to smaller or better versions or systems.

Does it take more money to be minimalist?

Perhaps, but I don’t think so. I think it takes a more fluid and empowered attitude towards money to be minimalist, and that mentality is easier when money isn’t tight.

For me, having been frugal for years at once inhibited me from true minimalism, but it has also made the transition to minimalism easier. Having had practice “doing without” has allowed me to purge items and continue on like they don’t exist, and knowing how to make my money really stretch (and looking for those budgeting black holes) has given me the freedom and means to make those “investments” that help make the road to minimalism easier, and has empowered me to have less fear surrounding money. (P.S., I specifically purchased the external hard drive at Best Buy, so I could price match and get a further discount based on the cheaper price currently being offered on Amazon.)

It’s a process. The best advice or tips in the world will not help until we are emotionally prepared for a new lifestyle. I am still becoming aware of the attitudes that hold me back, and they are not easily dismissed; they have to be acknowledged, worked through, and have something intentional new put in their place to really move past them.

I still know that one of my biggest hurdles will be getting rid of things that involve a time-cost to replace, whether the items hypothetically save me time (if they ever get used) or actually purchasing the item again would involve a time investment – for example, the “gift shelf” (or “gift closet” for some) that hypothetically has us prepared for any gift-giving occasion, without having to go out to the store or risk looking ill-prepared and inconsiderate. (Don’t worry, I’ll purge that this year, too.)

What are your biggest mental hurdles when it comes to minimalism?

If you liked this post, please consider signing up for our daily e-mails or weekly newsletter to stay in the loop with our monthly series on Motherhood & Minimalism, as well as our kids’ activities and parenting posts.

« Practical Life: Hammering Activity
Music for Kids’ Yoga: How to Be a Cloud »