Pioneer Woman Ree Drummond is such a food blogger inspiration to me, so I was thrilled to be given the chance to review her new cookbook, Pioneer Woman Cooks: A Year of Holidays.

There were some delicious-sounding options (the entire book reads like a homey American restaurant menu), but in the end I settled on Spinach and Artichoke Dip and Toasted Ravioli – I wanted some fun appetizers that I could enjoy on the patio with friends. 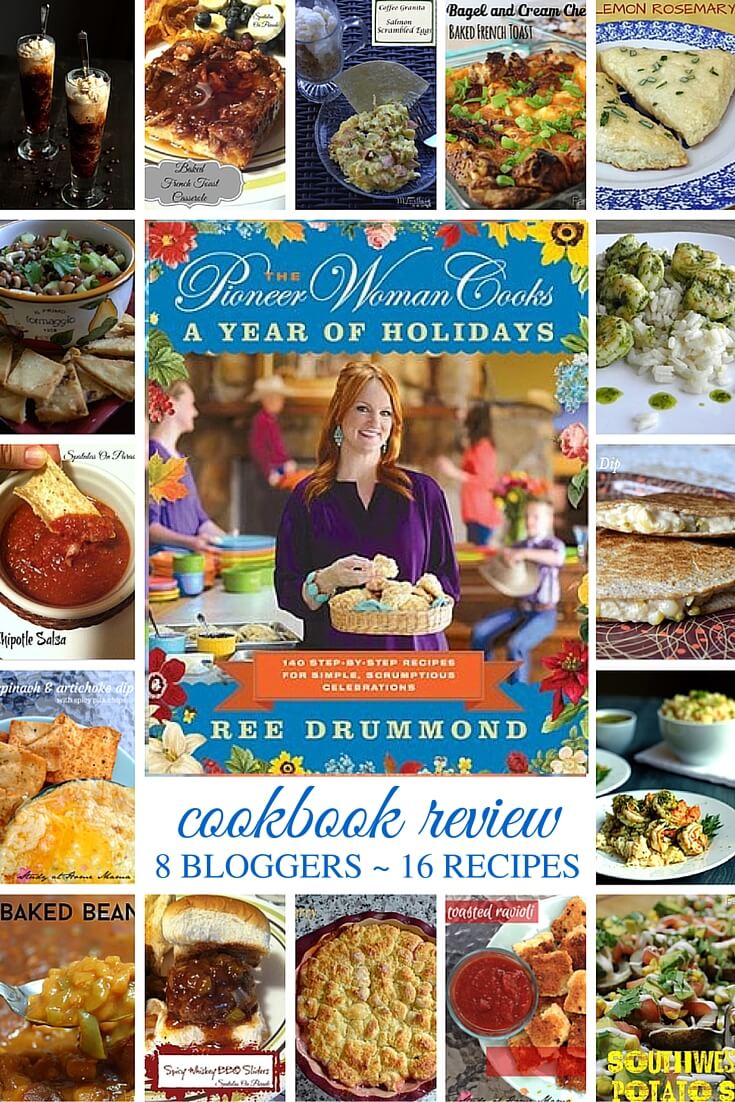 The Spinach and Artichoke Dip was super easy to make — I actually roped my friend into making it. (There’s no such thing as a free appetizer.) She was a bit nervous in the kitchen, but the dip turned out flavourful and cheesy without being too greasy (despite what the picture above might suggest). When making most milk-based sauces, there is usually a bit of skill involved in not “breaking” the sauce and causing it to become separated and goopy, but this recipe was easy for a self-professed novice to execute perfectly.

We substituted swiss chard for the spinach, and I found that the recipe called for a decent amount of artichokes and “spinach,” which helped us both feel less guilty for indulging in a cheesy dip for supper. The contrast between the cheesy dip and my spicy pita chips was perfect, but Ree also has a recipe for salted pita chips in the book that would likely work well. 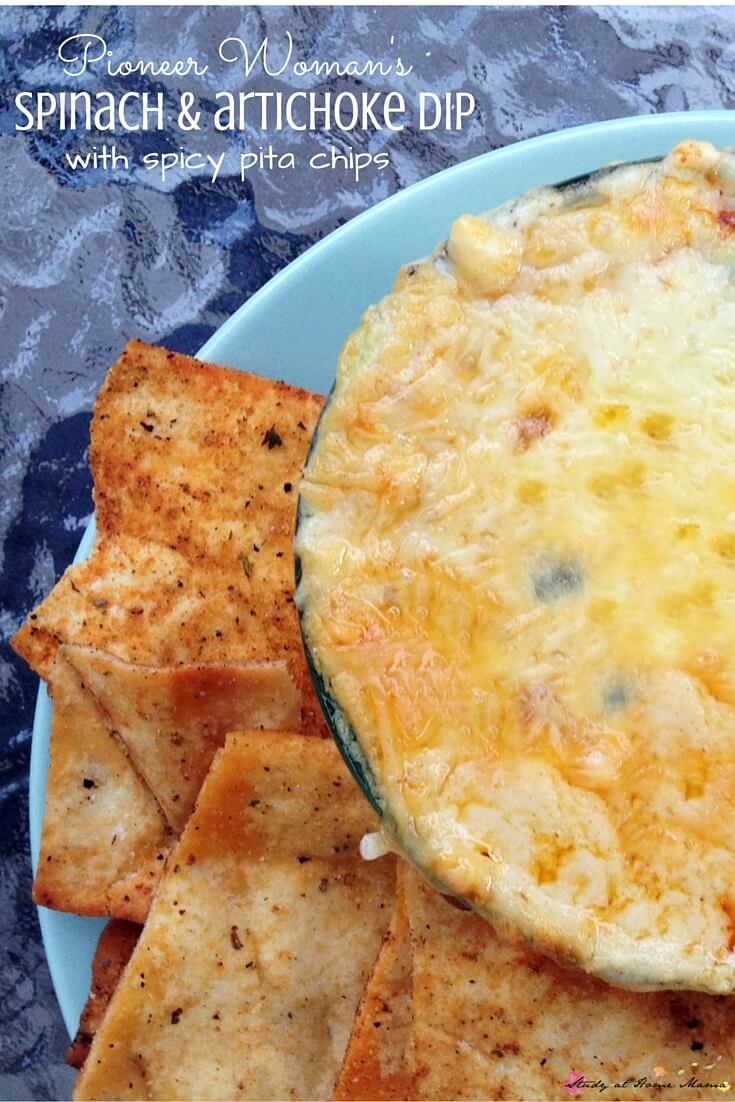 The Toasted Ravioli was a first for me, apparently it’s big in some Italian restaurants and in New Orleans, but I had never heard of it. The recipe is supposed to be deep-fried, but I preferred to “toast” it in a frying pan with a little bit of olive oil. We were still really happy with the final product: cripsy, breaded ravioli surrounding a warm and soft cheesy filling. If I make it again, I’ll likely pre-make my own ravioli with a melty cheese filling — the store-bought ravioli that the recipe calls for was nice, but I think a pizza mozzarella would kick these up a notch.

I served the ravioli with jarred marinara sauce, but if you’re in the mood to make it from scratch, I love the marinara recipe in Gwyneth Paltrow’s My Father’s Daughter and it has become my go-to. 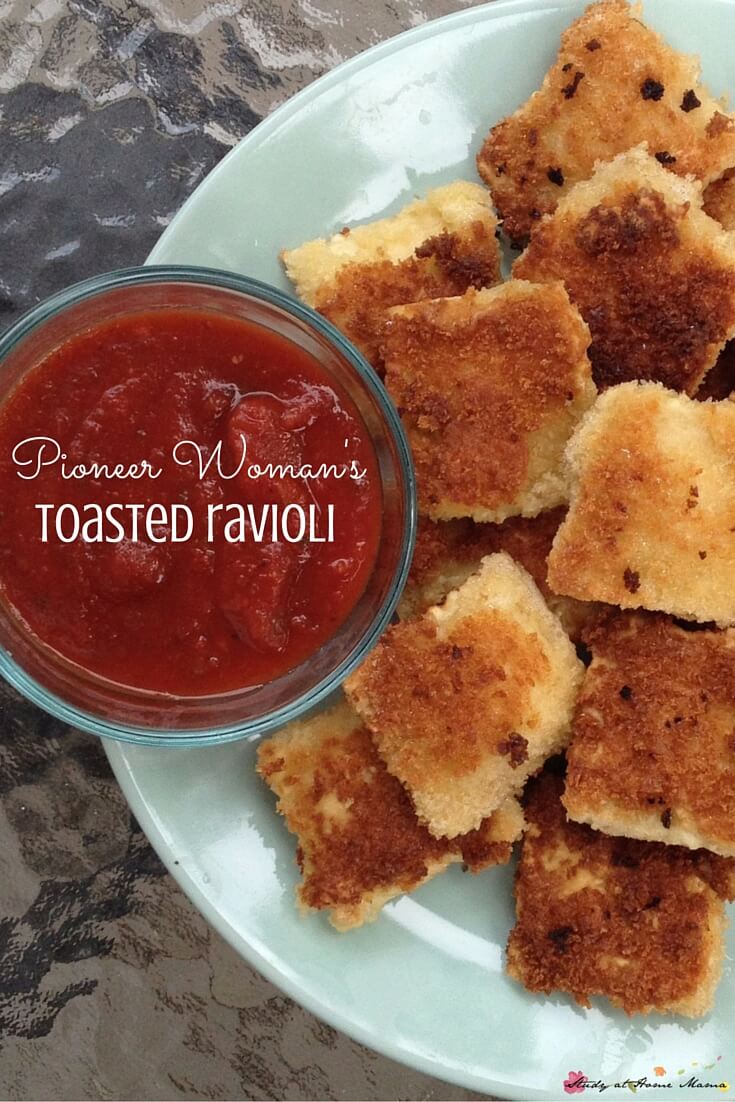 As a cookbook, I think what Pioneer Woman Cooks: A Year of Holidays (and any of Ree’s books) offers is step-by-step instructions for making classic “American-style” dishes that are nostalgic but updated with modern flavour profiles. I love how visual her cookbook is, as sometimes it’s hard to really understand a technique or step without seeing it, and it’s really inconvenient to try to search Youtube for a step in the middle of cooking! I also appreciated how almost everything I needed for the recipes were standard ingredients that I already had in my kitchen (for the most part), or could use in different recipes.

If you want fail-proof recipes for standard American classics, this is the book for you. Personally, this isn’t how Ella and I normally eat, but I would definitely turn to this book for holiday entertaining or party crowd-pleasers.

For more delicious party food, check out our pizza sliders recipe or our parmesan shrimp and steak recipe. 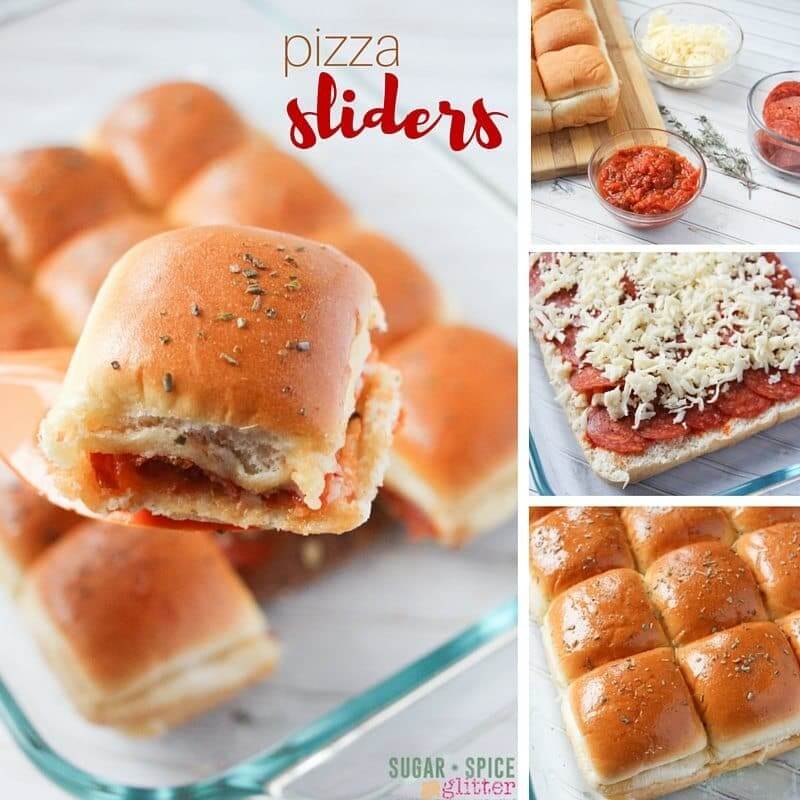 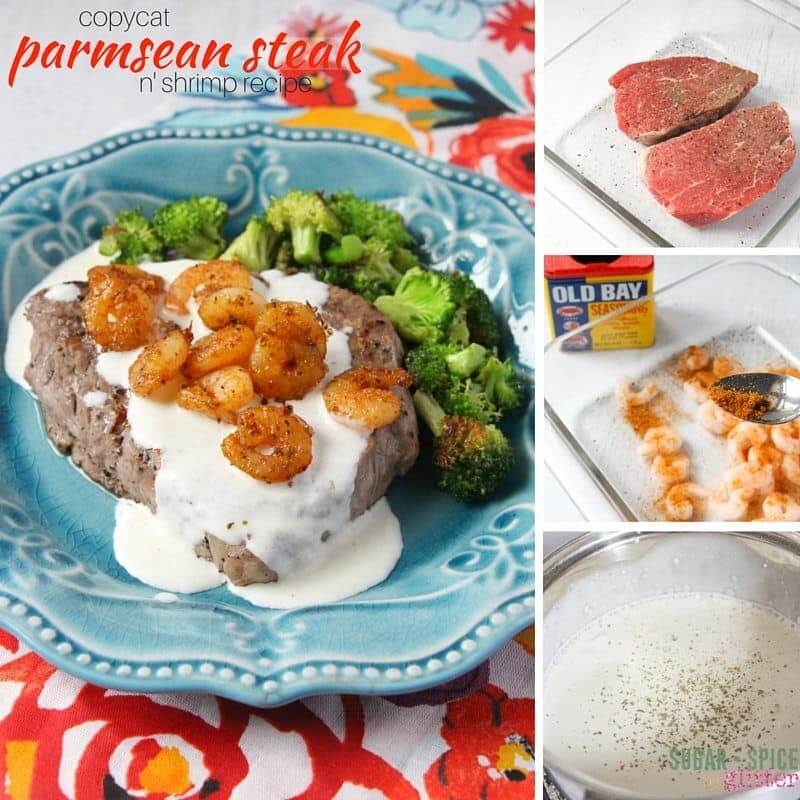